Buyers braved inclement weather to see over 260 exhibitors from all areas of the construction equipment industry.

The return of a UK live demonstration event was welcomed by all the major manufacturers and visitors. 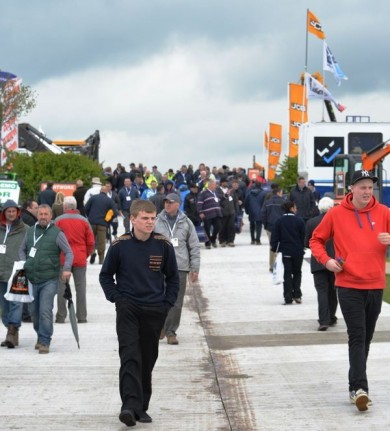 Simon Frere-Cook exhibition director said: “From the positive feedback we have already received – we are in no doubt that there will be a 2015 event.”

Lyle Sibbald, Terex’s marketing manager, said: “We do a lot of trade shows and Plantworx was the climax of all shows.

“It was fantastic we’ve had lots of ‘bums on seats’ and an overwhelming response to our new products. Looking forward to 2015.”

Cramlington-based bucket and coupler supplier Miller Groundbreaking said it signed orders worth more than £200,000 during the three days.

Chris Hendy, director Brendon Power Washers said,  “People we spoke with both exhibitors and customers were very happy to see a demonstration exhibition back in the UK.”

Jeff Wright, sales director of bodybuilders and trailer manufacturers Shawtrack, said, “We have sold 18 winches off stand, four sets of loading ramps and have had endless enquiries.

Smaller excavator delivery dates being pushed to 2022
11 months ago