The “Big Box” project to encapsulate intermediate level waste in cement for above ground storage at the site has suffered a chequered history.

Sellafield put the £120m Box Encapsulation Plant Product Store tender out to competition again after several redesigns of the existing half-finished facility, which was first started by a Jacobs, Atkins and Carillion joint venture back in 1997.

Work on the job was halted in 2002, due to technical uncertainties, and the partially completed on-site facilities put in mothballs. 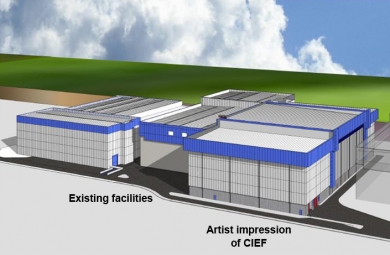 But following another strategic review in the face of rising costs, Sellafield bosses decided to cancel this planned expansion and replace it with an alternative simpler facility known as the BEPPS and Direct Import Facility, which formally went to prequalification stage after an industry engagement day in August.

But now the bid race has been called off because of lack of interest from contractors.

A spokesman said: “Sellafield Ltd has taken the decision to abandon the procurement process associated with the BEPPS/DIF project.

“The procurement process was unable to continue beyond the pre-qualification questionnaire phase as there would have been an insufficient number of economic operators invited to tender to ensure genuine competition.

“The project team is currently examining the best way forward to restart the procurement as soon possible to ensure that the overall project remains on track.”

The project is a critical element of the decommissioning programme, where radioactive waste will be stored until a deep repository site is agreed on and built. It is due to be completed by October 2017.