The 28-month contract is estimated to be worth between £35m and £39m and the project backers are reported to be close to securing much of the finance.

A new document submitted to the Scottish Government this week by the V&A has set out the construction timetable for the striking building designed by Japanese architect Kengo Kuma at the city’s waterfront site.

The original design to launch half the building across the water has been modified to save costs founding it mainly on the banks of the river Tay with a small element jutting out across the water.

Under the latest project programme site establishment works are set to begin in June.

Construction of the building foundations and superstructure is then tabled to begin in September and be finished by January 2015.

The new timeline is outlined in a set of documents released last week and is awaiting approval by Marine Scotland.

This will be the last significant piece of planning before construction gets under way.

The building envelope will be built as a reinforced concrete structural wall clad in reconstituted precast units externally and timber cladding internally, creating an organic, layered and textured form. 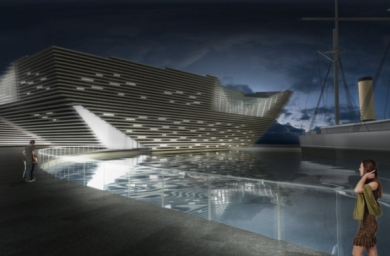 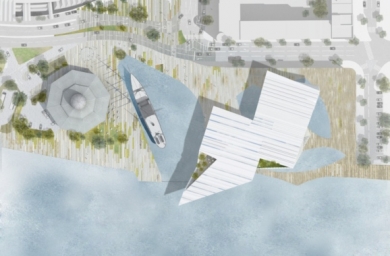 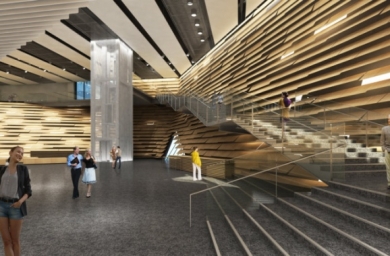 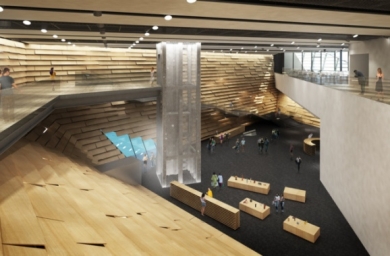 The V&A will be built on the site of the old Olympia swimming pool, currently being demolished.

Turner and Townsend are project manager and Arup, the structural design and M&E engineers.

It will host major exhibitions, celebrate design heritage and aims to inspire and promote contemporary talent and encourage design innovation for the future.

52-mile extension of HS2 to Manchester via Manchester Airport will support 17,500 construction jobs
23 hours ago