The EU regulations requiring firms are certified was mainly targeted at structural aluminium and steelwork contractors.

But an army of balustrade and hand railing firms were caught up in the new regulations under the scope of EN1090 governing structural products.

After a meeting earlier this month with several firms, Stephen Williams MP the Minister responsible for the enforcement of EN1090, called for EU clarification on the new harmonised standard.

Documents just circulated by the Government confirm that hand railing and balustrading/edge protection , although covered under the scope of EN1090, will not need to be CE marked.

Michael Brundle, director of leading supplier of hand railing components and hand railing systems F H Brundle, said: “We felt it was a direct threat to the livelihood of many of our blacksmith and steel fabricator customers, who would struggle under unnecessary burden and red tape, just as the economy was recovering.

“If hand railing was intended to be included under EN1090, the EU were asking for blacksmiths to produce declaration of performances on bespoke products that were hand crafted. It just wasn’t possible.

“The government acknowledged it was a grey area and sought clarification from the EU. 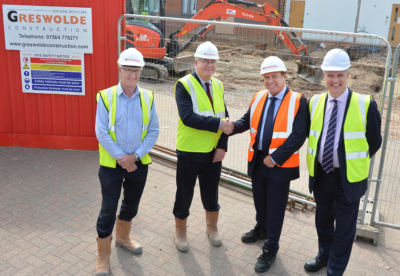