The fall was driven mainly by a 2.6% decrease in infrastructure, which dropped for the first time in 6 months, as well as a 1.1% drop in private housing.

The only sectors to enjoy positive growth over the three-month period were non-housing repair and maintenance and public new housing, which grew 1.0% and 3.2% respectively. 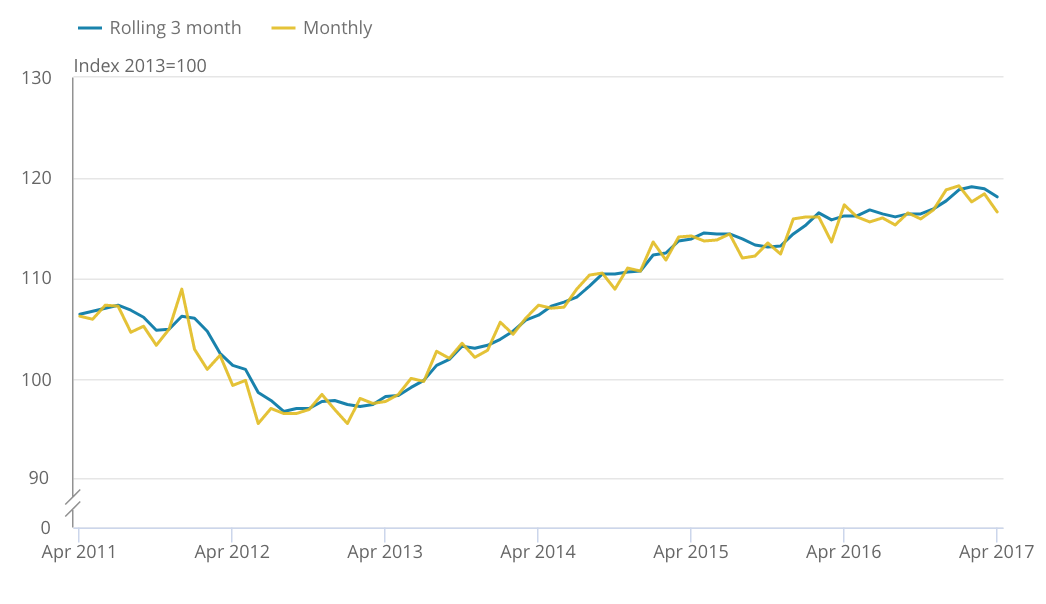 This means that output figures for the first quarter (Jan-Mar) have been revised up from 0.2% to 1.1%.

But the new April work return for the month when prime minister Theresa May called the snap election shows construction output fell month-on-month by 1.6%. This was driven by a 7% fall in new housing and has impacted on the new (Feb-Apr) figures in spite of upward revisions in the period.

Michael Thirkettle, chief executive of construction and property consultancy McBains Cooper, said: “This continuing decline in April output, coming after last month’s fall, is a further sign of the current fragility of the construction industry.

“Three general elections in the space of little over seven years have also done nothing for stability in terms of policies affecting the industry. The new government needs to ensure that housebuilding is at the top of its agenda and give the construction industry the tools to succeed, such as streamlining planning laws and investing in public projects.”