Skanska will build a 16km dual carriageway between the Black Cat roundabout at St Neots and Caxton Gibbet.

Now construction will start at the end of this year, with the road opening in 2026.

The A428 between St Neots and Caxton Gibbet is the only stretch of single carriageway between the M1 near Milton Keynes and Cambridge.

Several junction improvements will be made, including a new three-tier junction at the Black Cat roundabout allowing free flowing traffic onto the A1 and the new carriageway.

The project will fill in the missing link of dual carriageway on the strategic road network between Milton Keynes and Cambridge, helping drivers save up to an hour-and-a-half on their journeys every week. 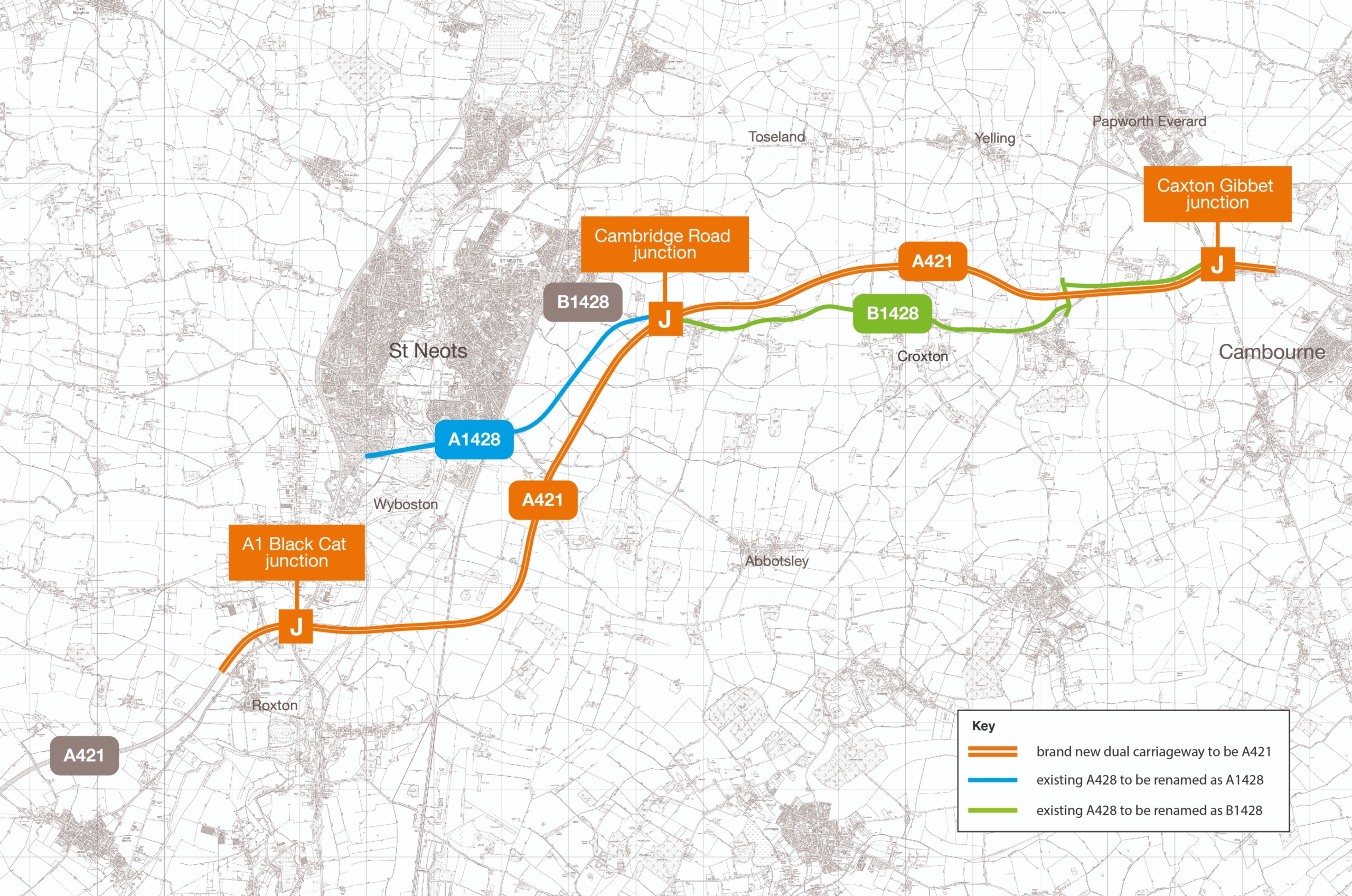 Lee Galloway, National Highways Project Director, said: “This announcement is a major milestone, not only for the us, but also for the many local communities who have long campaigned for improvements, as well as our stakeholders who we’ve been working with for several years.”