The building is designed to provide 470 student rooms for King’s College London, on a site near the London Shard and Guy’s hospital.

Its angled roof, which earned the design its nickname, will be clad in solar panels to help power the building

The site’s existing 1960s Capital House will need to be demolished to make way for the high rise, which will reach 109m at its tallest point.

The building, which will also include high rise library, bar and space for shops at the base, will be designed to reach a ‘Breeam “excellent” rating.

It was criticised by architectural watchdog Cabe’s national design review panel for its ungainly form and awkward and inefficient spaces.

Southwark’s planning committee approved the scheme after council officers described the design as “dynamic” and “dramatic”. 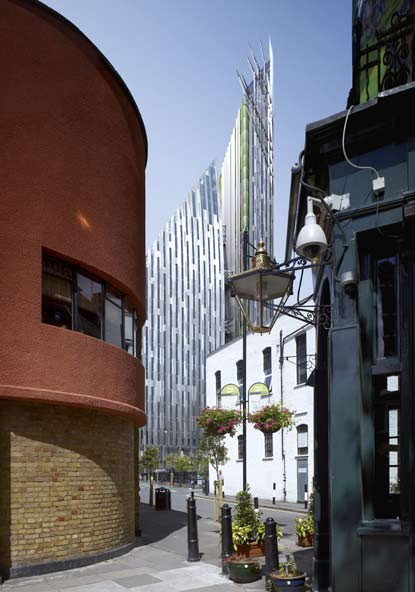