Engineers finished fitting 200t of steel superprops to the stricken elevated section near London yesterday afternoon after working flat out to get supports in place below the concrete bridge deck.

Both firms carried out the emergency propping work, along with structural experts from Atkins.

Engineers said it was a “miracle” the bridge had not collapsed because of the extent of fire damage. 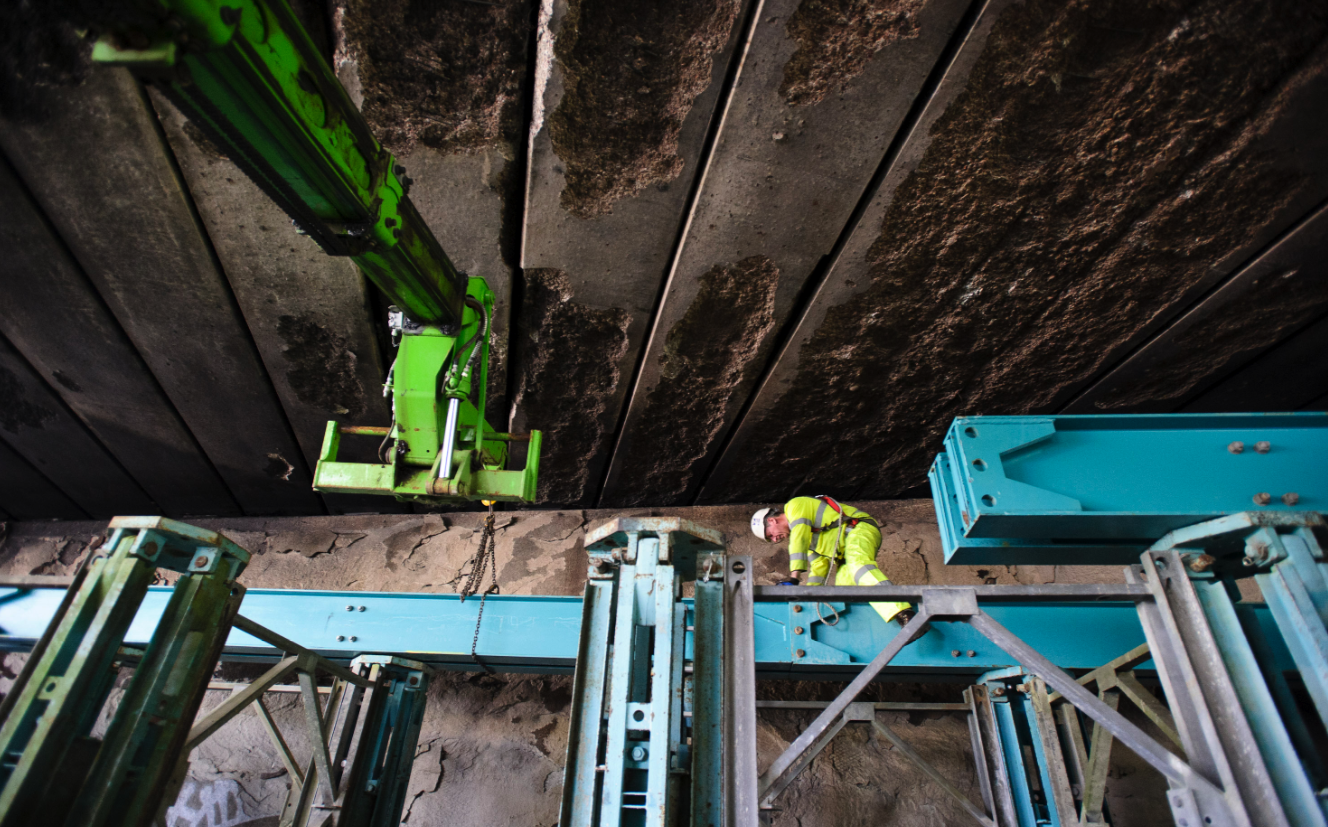 They are now working to assess the full extent of damage to the main post-tensioned structural beams, where steel reinforcing rods have been exposed during the intense blaze.

Both the hard shoulder and lane one heading south are reported to be too dangerous to open, before extensive remedial works.

“The inside lane on the hard shoulder was so badly damaged it is beyond repair and we’ll have to do remedial work on that later on.”