The UK firms is among five companies understood to be in the running to oversee the delivery of up to 12 new stadia and around 90 training facilities.

Nine of the stadia will be new, the other three extensively refurbished existing stadia.

The delivery programme for World Cup 2022 is being modelled on the management process used for the 2012 Olympics.

As a result the consortium is being held up as one of the front runners, based on their track record at the London Olympics and the Shard project, which is being funded by the Qatari State.

Mace chief executive and chairman Stephen Pycroft told Reuters: “It’s tough, there is no doubt it’s tough. Qatar are looking for the best people in the world …

“We’re one of five, everyone’s been interviewed, and the view is that they will decide on somebody before December,”

British consultant Arup, which is bidding with US construction group C2HM Hill, is also in with a chance based on its Olympic pedigree.

But both bids are up against other consortia led by US firms like Aecom, Turner International and WorleyParsons.

The Qatari state is aiming to announce a preferred bidder early next month. 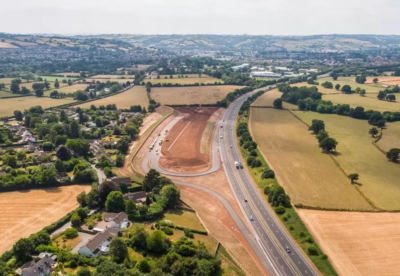 Firms on alert for £1bn refit and refurb framework

Contractor fined £80,000 after employee fell through fragile roof
3 days ago

Average weekly pay tops £1,000 in London, the South East and East of England.
6 days ago