Mark Thornton, 46, from Longridge near Preston, died when a 50-tonne crane toppled over while moving a steel column on 29 March 2007.

Thornton had been helping to construct a new floor on a warehouse at Wavertree Business Park when he was struck by the column.

His employer Siteweld Construction Ltd and the managing director of the company, Benjamin Lee, were prosecuted by the Health and Safety Executive for failing to make sure the work was planned and carried out safely.

Liverpool Crown Court heard the crane had been used to lift the six-tonne steel column when it was nearly 18 metres away, taking it well outside its safe lifting capacity for that distance.

The crane had not been properly maintained and the external alarm could not be heard by those working nearby.

The override switches were also faulty, including the switch that prevented the crane lifting loads beyond its capacity.

Benjamin Lee of Goosnargh, Preston, pleaded guilty to safety breaches was fined £80,000 and ordered to pay £18,478 in prosecution costs.

Siteweld Construction Ltd, of Berry Lane, Longridge, Preston, pleaded guilty to the same offence. It received a nominal fine of £50 with no costs as it has ceased trading.

“Mark and I were together over 20 years. We used to do everything together. When Mark died, my life stopped. I don’t live, I exist.

“It is hard to express just how much I miss him. I open the front door and he’s just not there.”

Crane hire firm, Bryn Thomas Crane Hire Ltd, and the crane’s operator, Frederick Scott, were also prosecuted for health and safety failings. They were fined £7,000 at an earlier hearing at Liverpool Crown Court in April.

Sarah Wadham, the investigating inspector at HSE, said: “It is tragic that Mr Thornton died because a series of health and safety warnings and procedures were ignored.

“The crane was simply not capable of lifting the steel column, when it was nearly 18 metres away, without it being overloaded.

“If the work had been properly planned, and the crane had been properly maintained, then Mr Thornton would still be alive today. It is vital construction companies learn from this case to prevent similar deaths in the future.” 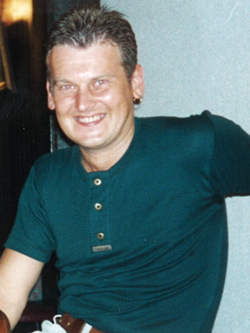