Councillors voted through the incinerator plan, which has run up against stiff local opposition, by seven votes to five on Thursday.

Kier is believed to have secured the civil engineering package for the controversial £140m plant, which will be run by German firm MVV under the 25-year, £800m PFI deal with local councils in the region.

The civils element of the scheme is understood to be worth up to £40m, and an estimated 400 jobs will be created during construction.

MVV plans to build a plant at a quarry in nearby Buckfastleigh to turn the ash into roadbuilding material.

Dockyard operator Babcock Marine is contributing to the building costs in return for using waste heat and electricity to power the shipping complex, which spends around £15m a year meeting its energy needs.

MVV plans to commence construction next year with the plant scheduled to begin operations in 2014. 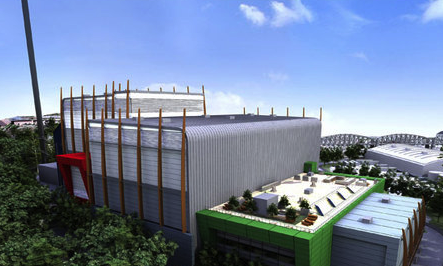 Covid blamed for construction delays and cost increases
3 days ago

Plum sites at Bank, Paddington and Southwark come with consent for 600,000 sq ft
4 hours ago

Underwater robots deployed for inspection and maintenance work
4 hours ago

Mark Castle takes on another non-exec role
3 days ago

Harrogate and Knaresborough leisure centre jobs get underway
3 days ago

Work at the site, located 24 miles from Leeds city centre, is expected in September.
3 days ago

Twenty 1 Group owed HMRC £9.7m leaving more than 300 firms with no hope of payment
5 days ago

Town centre 8-acre site is earmarked for 1,200 homes, shops and leisure
6 days ago