One of the tax-dodging directors pretended to have dementia in a bid to delay the trail.

Bristol Crown Court heard that Samuel Jones (53) and his wife Lorraine Jones (47) had failed to declare income tax, pay National Insurance Contributions and VAT for 10 years before they were arrested.

The couple denied running a tarmac business and claimed their money was from inheritance and gambling.

During this time the Jones’s built a £1.6 million portfolio of eleven properties in the Weston Super Mare and Bridgwater areas, and invested £1.4 million cash in various bank accounts.

Shortly before their trial was due to commence in March 2011, Samuel Jones submitted a note to the court detailing his ‘early stages of dementia’.

His ‘illness’ was just a stalling tactic to prevent the trial taking place. Subsequent medical testing, including memory tests that Mr Jones tried to fail on purpose, showed he does not have dementia and was fit for trial.

On the first day of the trial last Lorraine Jones submitted a late ‘guilty’ plea. She was jailed for three years and six months yesterday.

Her husband was found guilty on May 30 and was also sentenced to four years in jail yesterday.

Simon De Kayne, HMRC Assistant Director Criminal Investigation, said: “This couple had a blatant disregard for the UK tax system; they simply didn’t bother with it.

“This gave them a completely unfair and illegal advantage over business competitors and robbed the Exchequer of vital revenue.”

Upon sentencing, His Honour Judge Picton said: “This was an exercise in tax evasion, it persisted for a decade, was breath taking and wholly deliberate, deeply dishonest and carefully thought through with one objective to evade tax.”

HMRC investigations revealed the couple used over 80 bank accounts to launder their business funds, including their three children’s bank accounts and accounts in the false name of ‘John Pope’, an alias used by Samuel Jones.

A confiscation timetable has been set down by the court to remove the proceeds of their crimes. 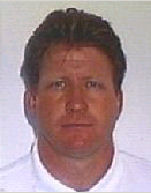 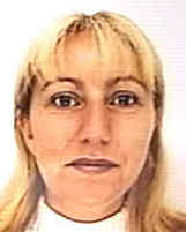