Construction of the Ice Arena of Wales, which will house two ice pads, is now expected to get underway in August.

It forms the first phase of a much larger £250m scheme, which includes a 250m snow indoor ski slope, built above a 1,300-space multi-storey car park and shopping centre.

Work on the first phase will include two ice pads with the main rink measuring 60m by 30m that will be used to stage Cardiff Devils matches and asecond pad measuring 56m by 27m.

Jonathan Smith, of Greenbank Partnership, told Walesonline it would take a significant time to recoup the £16m cost, but the commercial elements in later phases would help. 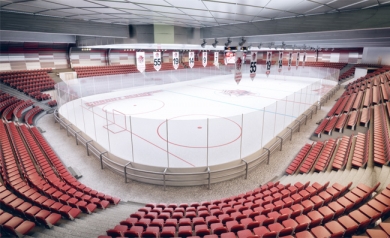