The developer plans to deliver a 950,000sq ft mixed-use scheme on the former Pirelli site in the centre of the city in two phases.

Total construction is estimated at around £70m, with the first phase involving building the landmark 14-screen cinema and up to 15 restaurants and shops alongside a new public area in front of the city’s historic walls. 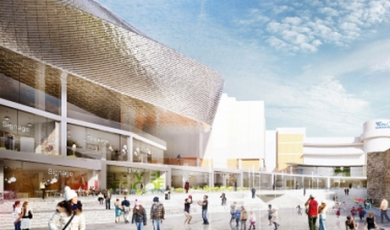 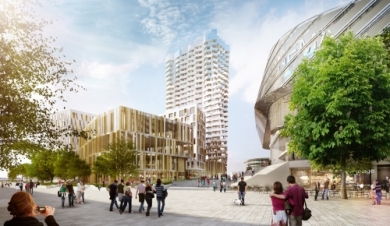 The second phase has the potential to include a 24-storey residential tower overlooking the waterfront as well as a hotel or offices and shops.

Guy Wells, Development Manager for Hammerson, said: “The site offers a unique opportunity to transform a redundant brownfield site and will ensure that Southampton continues to provide residents and visitors with a fantastic retail and leisure offer in the city centre.

“We have been extremely encouraged by the support we have received during the planning process and following the determination of the application we will now begin work on our detailed designs for the first phase.”

ACME designed the masterplan for Watermark WestQuay and Barton Wilmore is providing planning advice on the project. AKT II is the structural consultant and Hoare Lea M&E Consultant.

52-mile extension of HS2 to Manchester via Manchester Airport will support 17,500 construction jobs
23 hours ago