The new target represents a near 20% increase on present Barratt construction levels and will help to challenge claims that house builders are keeping completions low to boost profitability.

Mark Clare, group chief executive, said the market had improved significantly and the firm aimed to step up house building over the next three years.

Clare said: “We have seen a significant step-up in consumer demand and mortgage supply, enhanced by the introduction of the Government Help to Buy scheme.

“We have already increased our completion volumes by over 20% in the past two years and expect to deliver around 45,000 new homes over the next three years.”

He added that Barratt aimed to recruit around 600 apprentices, graduates and paid interns over this period to deliver the plan.

Unveiling a steep rise in profits over the year to June, Clare said: “We are seeing the housing market recovery starting to spread beyond London and the south east with a 29.4% increase in our average net private reservation rate across the group.

“We are creating a platform for future growth by agreeing the purchase of a further £1 billion of high margin land during the year.”

Clare said Barratt had made an excellent start to the new year with a 29% increase in average net private reservations per week per active site. Private forward sales up 44.4% to £880m. 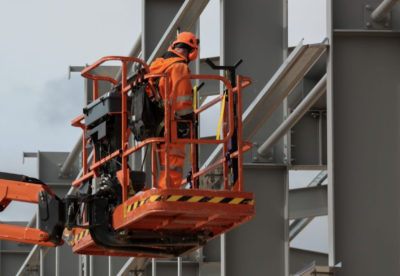