The congestion relief scheme, which also includes widening the A13 corridor, is scheduled to start early next year.

The M25 J30/A13 Corridor Congestion Relieving Scheme is expected to have a net cost of £150m, making it the single most expensive junction upgrade project in the roads programme.

Highways Agency bosses are aiming to find 20% efficiency savings on the project with construction work estimated between £60m and £100m.

Due to its proximity to the Dartford Crossing, Lakeside Shopping Centre and the Port of Tilbury, the junction suffers from near constant congestion.

The scheme was put on hold in the 2010 spending review and re-introduced in May 2012.

Work will include widening the A13 between Wennington and the A126 junction, alterations to the M25 junction, including additional lanes, improved signage and enhance signalling.

Agency procurement bosses will let the job as a design and build, NEC3/ ECC Works contract. 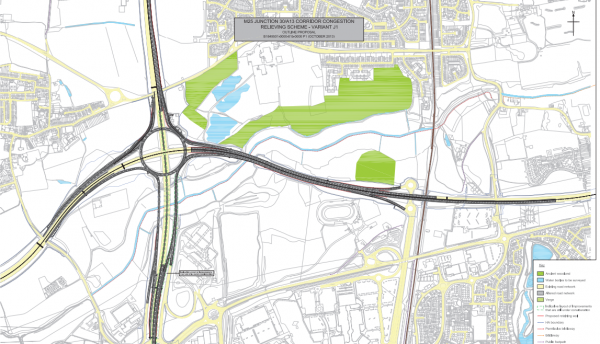 Firms can express an interest on the web portal by 24 February for an invitation to tender on the 7 July for the junction improvement scheme.

Firms with a track record of poor delivery, fraud or corruption will be blocked from winning public contracts
6 hours ago