The project for the Aga Khan Foundation is expected to cost around £20m and will provide 198 student rooms within a 12-storey brick clad building at the vast London development site.

The student halls are the first of four planned building jobs for the Aga Khan Development Network, which BAM is now in the box seat to take.

This could be worth up to £150m in construction work.

A deal will come as some consolation for BAM after internet giant Google stalled progress on its vast HQ building, which the contractor was widely expected to win, but had not signed off.

A source told the Enquirer: “Originally Carillion was looking hard at the job, but it now seems BAM are set to build the student accommodation block.”

The spiritual leader of Ismaili Muslins also plans a university and separate buildings for both the Institute of Ismaili Studies and the Aga Khan Foundation.

Both institutions will also eventually move from their current location on Euston Road to the King’s Cross development as part of a wider programme of new buildings for the Aga Khan Development Network.

Planned buildings for the Khan 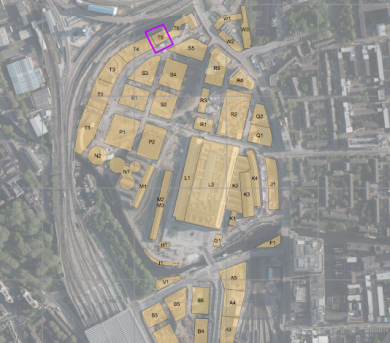 Work is expected to start on the project by early summer.

Work to start later this month on 2.5m taller sea defences
10 months ago

VolkerRail, Atkins and Colas among big winners
10 months ago

5.2km bypass on A77 in south west Scotland will employ 165 workers at peak
10 months ago

Contractor gets underway on three-year build programme
10 months ago

Morgan Sindall, Osborne and Speller Metcalfe among winners
10 months ago

Around 500 workers on site at peak periods.
1 year ago

Morgan Sindall beaten in race for 11,500 home site
1 year ago