The £1bn Convoys Wharf scheme will provide much-needed new housing in the capital in a series of largely high-rise blocks.

At least 1,000 jobs are expected to be created during construction of the 4.5m sq ft scheme on the south bank of the Thames, opposite the Isle of Dogs.

Over the past decade a series of proposals to regenerate the vast site stalled before they could be considered.

An application was submitted to Lewisham Council last May but the local authority was unable to consider it before the statutory 16-week period to determine planning applications of this nature expired.

Developer Hutchison Whampoa asked the Mayor to act as planning authority speed through a decision on the plans.

Boris Johnson said: “We need to build thousands of new homes in the capital and proposals to do that at Convoys Wharf have stalled for far too long.

“I am pleased that we have been able to work on a scheme that will have enormous social and economic benefits for local people while preserving the heritage aspects of the site.”

The 40-acre Convoys Wharf site was once home to a royal dockyard founded in 1514 by Henry VIII. It is also the site of the historic Sayes Court Garden and the boatyard where the Lenox warship was built.

The Mayor granted planning approval, subject to a Section 106 agreement, which requires the developers with alternative scheme for Sayes Court Garden and explore the feasibility of building a replica of the seventeenth century warship as part of the regeneration scheme.

The developer will also build a community hub that will be linked to Sayes Court Garden, with an integrated new primary school included at the heart of the site.

There will be shops, restaurants, 525 affordable homes and a new riverside jetty park forming part of an increased area of public space.

The Mayor has called in 11 planning applications since 2009 to speed up the decision-making process. 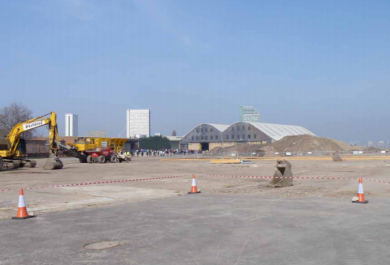 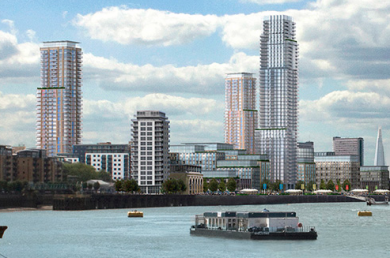 Up to 3,000 of the homes will be one or two bedroom flats