The works will pave the way for a new £750m power station to be built and operated by Irish energy company ESB.

The go-ahead is subject to the successful outcome of planning application set to be determined by the energy secretary by April 2015.

If approved the project will create around 1,000 construction jobs.

The funding has been allocated from the Leeds City Region Enterprise Partnership’s Growing Places fund.

St Paul’s Developments has already undertaken the demolition and decommissioning of the 25 acre site which had been the former home of Oxiris Chemicals. 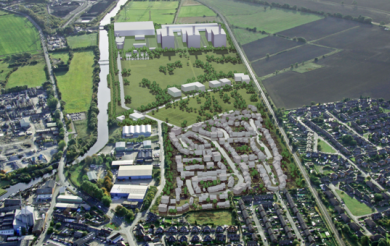 The new power station will be built in the first phase of development, followed by business units and housing.

Dennis Enuson, development manager at St Paul’s Developments, said: “We are delighted to have secured the funding from the Growing Places Fund to enable us to further prepare the site for the power station project which would represent a significant investment into the Leeds City Region.

“Our long-term vision is to bring the redundant site back to life by creating a mix of uses which can happily co-exist on such an extensive site.”