The member of public tipped off the HSE after seeing a man standing halfway down the sloping roof in Tyldesley using a jet washer to clear moss and other debris.

An HSE inspector visited the site later the same day and immediately issued a Prohibition Notice ordering the workers from IQ Roofing Solutions to come down until scaffolding or other safety improvements had been implemented.

Trafford Magistrates’ Court heard that Managing Director Stuart Bell had visited the site on the morning the work was due to start, and so knew it would be carried out without scaffolding around the edge of the roof.

The company also failed to provide proof that it held Employers’ Liability Insurance.

The court was told that the company had previously been served with a Prohibition Notice in 2011 relating to unsafe roof work and so was well aware of the dangers.

IQ Roofing Solutions of Nelson Street in Tyldesley pleaded guilty to two safety breaches and was fined £3,000 and ordered to pay £2,000 towards the cost of the prosecution.

Speaking after the hearing, HSE Inspector Laura Moran said: “Falls from height are responsible for around a third of workplace deaths every year, with 25 people losing their lives in 2012/13 alone.

“I’d therefore like to thank the member of the public who alerted us to the work, as they may well have prevented a serious injury.

“Both IQ Roofing Solutions and Stuart Bell put workers’ lives in danger by allowing them onto a slippery roof without safety measures in place. This meant that workers could have been badly injured if they had slipped and fallen to the ground below.” 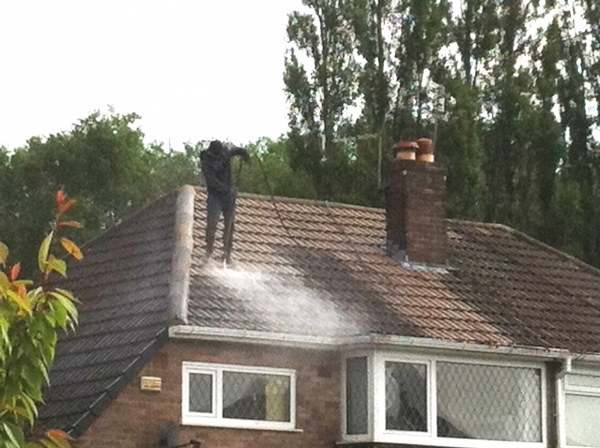 Insolvency Service investigates after contractor goes into liquidation
7 hours ago

Strongest rise in output for nearly five years
8 hours ago

Pandemic to cut margins to 0.5% this year but contractor confident in long term prospects
11 hours ago