The company is exploring options to deliver a major redevelopment of the station during its next five-year funding period, which starts in 2019.

The plans could see an extension to the Grade II listed building to create a bigger, better and brighter station.

A major upgrade to the signalling technology in the Cardiff area is already underway and work has also started to electrify the line from Swansea to London.

These programmes will help future-proof the railway by enabling faster, more frequent trains across the South Wales network.

But with passenger numbers forecast to grow significantly over the next decade and beyond, the station also needs to respond to the rising demand.

The project will see a major redevelopment of the entire station site, featuring a wave-shaped raised roof and glass facade, creating space for a new mezzanine retail level. 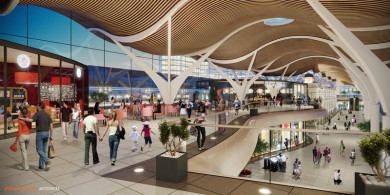 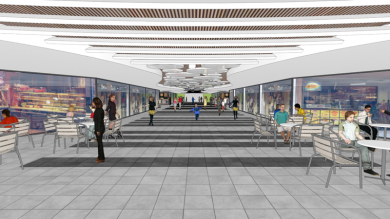 Mark Langman, route managing director for Network Rail in Wales, said: “The station area is a prime location for commercial development, as the BBC Wales headquarter announcement shows, and we are really excited by the site and the opportunities it will unlock to redevelop the station.

“This is a unique opportunity to create a new station environment that is a fitting entrance to the capital city of Wales. We’re pleased to be working with the Welsh Government, Cardiff Council and industry partners, including Arriva Trains Wales, to enhance the city and the quality of transport in the region.

Ian Bullock, managing director for Arriva Trains Wales, said: “The plans have the potential to make Cardiff Central a landmark station not only for Cardiff but the railway nationally.”