The firm secured the job with a £34m bid for works that include dredging the existing channel to make it deeper and wider for the bigger QE Class carriers.

The jetties will also be extensively refurbished to boost electricity supply to the carriers via a new substation located near the jetty.

The QE Class will be the centre piece of Britain’s military capability. Each of the two 65,000-tonne carriers will provide the armed forces with a four-acre military operating base which can be deployed worldwide. 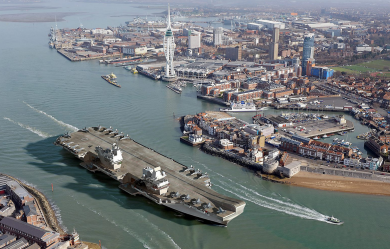 Site preparation gets underway for Keynsham Recycling Hub
1 hour ago