The Clarets must now wait to see whether plans for the elite training facility which fall within the green belt will be called in by the communities secretary.

Subject to final approval, work on the Gawthorpe improvements is now expected to kick-off later this year.

The club plans to develop a 73,000 m2 area across the River Calder from the existing facility and build a dedicated training centre to bring first class facilities for the first team, development squad and youth team players under one roof. 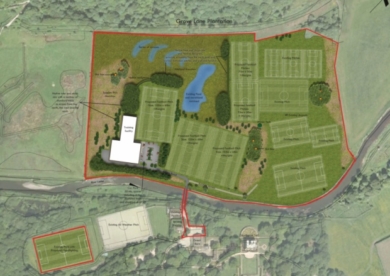 The build will also include an indoor all-weather area with a small spectator gallery, to meet the requirements of EPPP.

Outside, plans include the development of three full-sized training pitches and two three-quarter size pitches.

Director Clive Holt said: “We have been trying to reach this day over a number of years to bring our facilities up to the latest standard.

“This has been greatly helped by last season in the Premier League and the rewards that brings.

“We now look forward to entering a new era for Burnley Football Club and taking this club forward for generations to come.”