Assets of the firm were sold in a pre-pack deal to Harley Facades, although 11 staff were made redundant.

Harley Facades is run by former Harley Curtain Wall director Richard Bailey, who started the original business back in 1997 after working for several industry curtain walling contractors, including Elemeta.

Julie Palmer, regional managing partner at insolvency specialist Begbies Traynor, said: “Unfortunately, after reviewing all options we were left with little choice but to close the business. The firm had entered difficulty due to cashflow problems.”

The Crowborough-based firm reported revenue of £6.4m in 2014 and specialised in external envelopes, servicing a small number of key client’s in London and South East working mainly on tower block revamps. 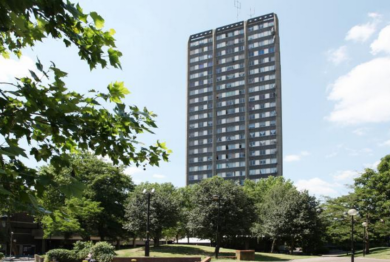 Grenfell Tower overclad was a major £3m job for the firm