This time new work rather than refurbishment was the largest contributor to the fall, decreasing by 0.7%.

Infrastructure and private commercial work drove the falls, down 4.3% and 1.5% respectively. 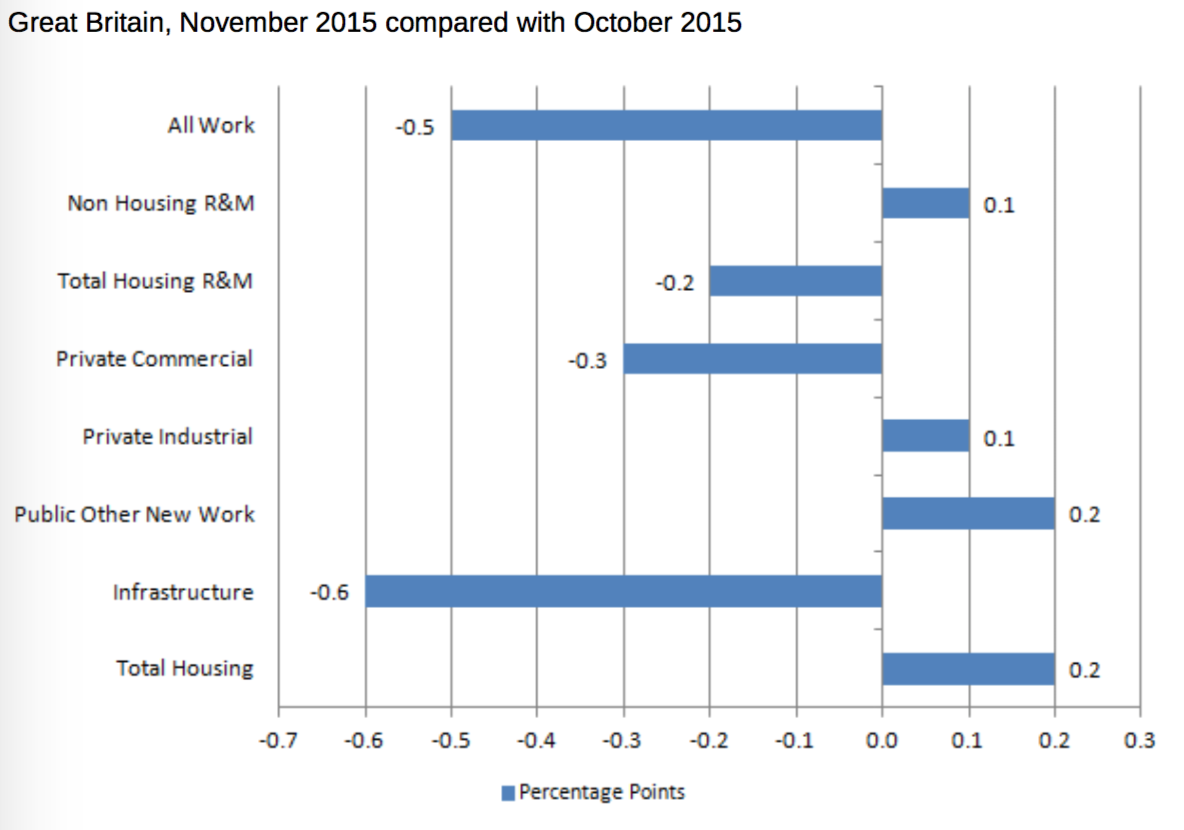 The three-month trend output figures for September to November were also down 1.4% against the previous summer three months period.

Mark Robinson, Scape Group Chief Executive, said: “Although we’ve started 2016 with some ripples of uncertainty in the global economy, whether that’s concern about the Chinese stock market or international oil prices, UK construction is on a strong footing.

“High demand for housing and infrastructure projects will help to sustain the construction industry throughout the year, whatever happens abroad.

He added: “As a country we struggle to train enough young people to meet our future construction needs, and by making it difficult for European workers to come here, we risk exacerbating the skills crisis further.”