The formal submission of plans for the 154m tower comes despite protests from heritage groups about the demolition of the existing building at the Broadgate complex in central London.

The proposals are part of the evolution and transformation of Broadgate, which saw Mace deliver the first major rebuild that will be the new home for UBS at the end of next year.

Plans to demolish 2 Finsbury Avenue Square come after the 1980s building (below), also designed by Arup, narrowly escaped being listed this year. 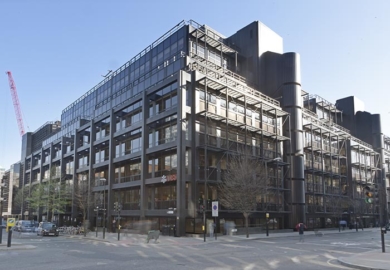 Arup’s 1986 Broadgate building to be demolished 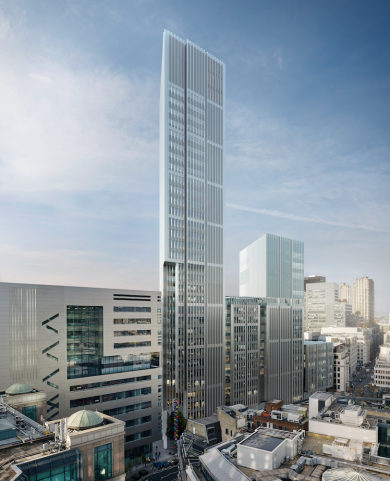 Shops are planned for the ground floor, along with a new retail arcade linking the square with Sun Street and Old Street to the north. A rooftop restaurant and terrace will be accessed from external scenic lifts, according to British Land.