The developer has unveiled its ambitious plans to create a major new hall in a public consultation ahead of submitting planning later this year.

At over £300m, the proposals are also one of the largest investments in the Sheffield City Region for a decade and will create over 1,000 jobs.

Comprising 330,000 sq ft of space, the new Leisure Hall will be covered with a striking undulating glazed roof structure. This will allow the developer to increase the entertainment and dining offerings to the shopping centre as it seeks to become an experience-led destination. 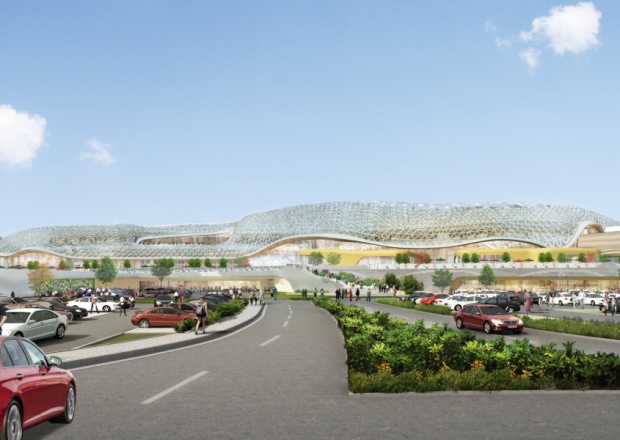 British Land said the expansion plan would also include a cinema to replace the existing one, a gym, and flexible leisure space which could be turned into an indoor golf or ten-pin bowling sites.

If the proposals are approved, British Land hopes to start on site during 2018 and open the Leisure Hall to visitors in late 2020/early 2021.

Charles Maudsley, Head of Retail and Leisure for British Land, said: “We are continuing to drive Meadowhall’s evolution to ensure it remains an outstanding place for modern consumer lifestyles. This significant step change in the scheme’s leisure provision will contribute to Sheffield’s continuation as a driving force behind the Northern Powerhouse.”

Mark Castle takes on another non-exec role
21 mins ago

Harrogate and Knaresborough leisure centre jobs get underway
54 mins ago

Work at the site, located 24 miles from Leeds city centre, is expected in September.
26 mins ago