The plans would see boutique hotel pioneers De Niro, Ira Drukier and Richard Born – the team behind the internationally renowned The Greenwich Hotel in New York’s Tribeca district – open their first hotel outside of the US.

Historic façades would be retained and incorporated into the new hotel to create a new space, as successfully implemented at The Greenwich Hotel in New York.

The new Wellington Hotel, located near the London Transport Museum, will include spa facilities, two restaurants, and a members’ club, built around a central courtyard conservatory.

If the plans are approved by Westminster City Council, work would begin on the development in 2017, with construction being completed in 2019.

Robert De Niro said: “London is one of the most exciting and cosmopolitan cities in the world. It makes perfect sense to develop a hotel that represents all of that in the heart of this city in Covent Garden. The Wellington Hotel would honour the heritage of the area, while bringing the best of what we’ve done in New York to London”. 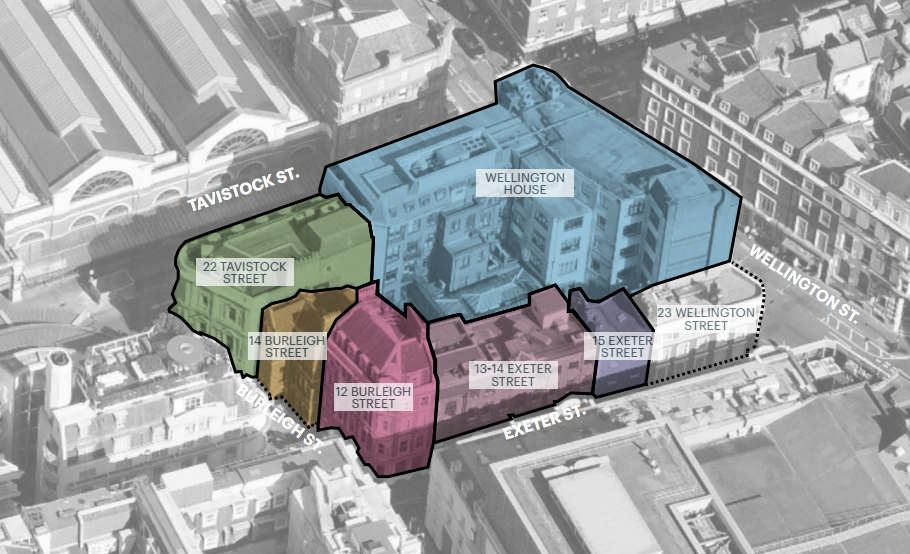