The full project, which has been valued at anywhere between £35m to £80m, forms part of the North East Quarter, which is a wider development scheme for the area.

The new headquarters is to be developed on a commercial basis by Arch Development Projects for Northumberland County Council which aims to move its HQ from Morpeth to Ashington.

The new site would comprise office space for 910 work stations, a community drop-in centre, a double-height chamber and conference facilities plus meeting rooms, a café and central atrium space.

Plans for the five-storey building complex were approved last month and also include a separate 500 capacity car park and infrastructure improvements. 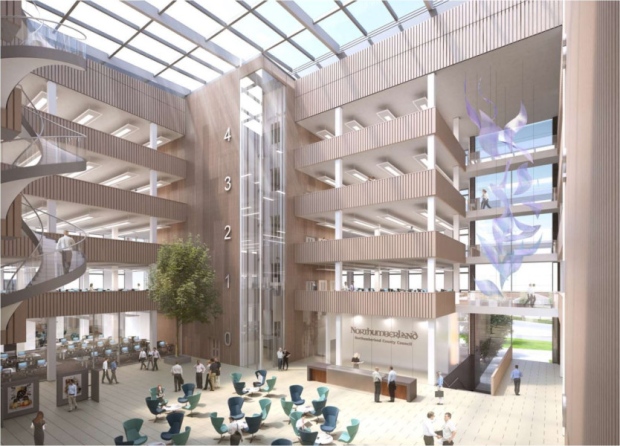 More than £32m of capital funding for the project – whose costs over a 35-year period are slated to be £38.5m – was approved as part of the county council’s budget and medium-term financial plan in February.

Tender information is available from the Due North web portal.