The developer aims to deliver the £240m first phase of the project with a UK contracting partner working alongside Citic Construction, the contracting unit of China’s state-owned Citic Group Corporation.

According to construction information specialist Glenigan Balfour Beatty and Mace have looked at the scheme but Brookfield Multiplex is now tipped to secure the initial phase of work. 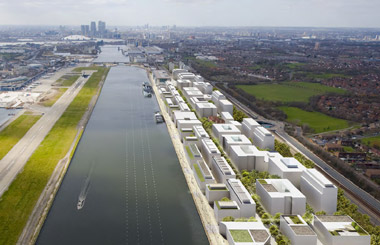 The entire £3bn scheme is due to be completed within 6 – 8 years.

It is being promoted as London’s third business and financial district, after the City of London and Canary Wharf.

The first phase of the project will be completed in 2018 at the same time that London’s high-speed rail link, Crossrail, opens nearby.

This involves a £40m contract covering infrastructure and enabling works, and a £200m contract to build around 700,000 sq ft of office and retail space.