Now Mace plans to start work on the project, designed by Make architects, early next year. They involve building 140 homes, a 122-bed hotel and 262 rooms for students accommodation and a new community centre incorporating a public library.

The plans are based on 14,000 sq ft retail space for smaller shops rather than major new store developments. As part of Mace’s new application, an agreement has been made with the Co-operative supermarket to keep it as part of the new centre.

The firm took over from developer Doric after its £100m plans were rejected by the local council back in 2014. 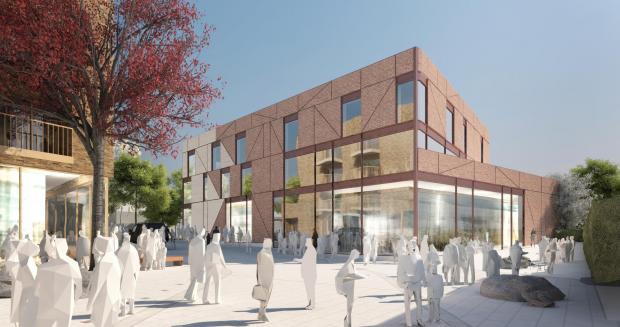 Plan for community hub in Mace’s plans for West Way

‘‘We are particularly pleased that development at West Way Place will be phased so retailers will be able to continue trading throughout the redevelopment.

“Mace is proposing a direct let leasing model for the student accommodation but also have interest from Oxford’s two Universities. Retail tenants will include a mix of new and existing tenants.”