Bailey, 60, will be replaced on the BAM Construct board by Douglas Keillor, currently regional director of BAM Construction in Scotland. 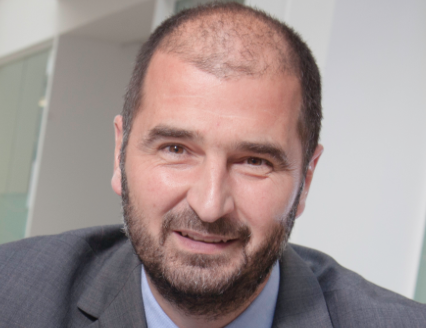 Douglas Keillor will be promoted to BAM Construct UK board

A successor to Keillor in Scotland will be named later in the year.

CEO Graham Cash said: “Richard Bailey joined the company in 1977 and rose steadily through construction management becoming regional director of BAM Construction in Western in 1995. In 2007, Richard was appointed to the board of BAM Construct UK.

“In all of these roles Richard has been a tremendous supporter of people and he has been a pioneer of countless new ideas from developing sustainability to Zero Harm to lean to collaboration.

“I want to take this opportunity to thank Richard for giving so generously to the company, especially since 2007 when he has travelled the length and breadth of the regions, barely seeing home from a Monday to a Friday.”

Spanish, Italian, and Austrian JV scoops A303 Amesbury to Berwick Down scheme
1 day ago

Over 4,000 staff will transfer to the fast-expanding industrial services group
7 hours ago

Adam Quinn, son of one of the MBO founders, to take the reins in July
1 day ago