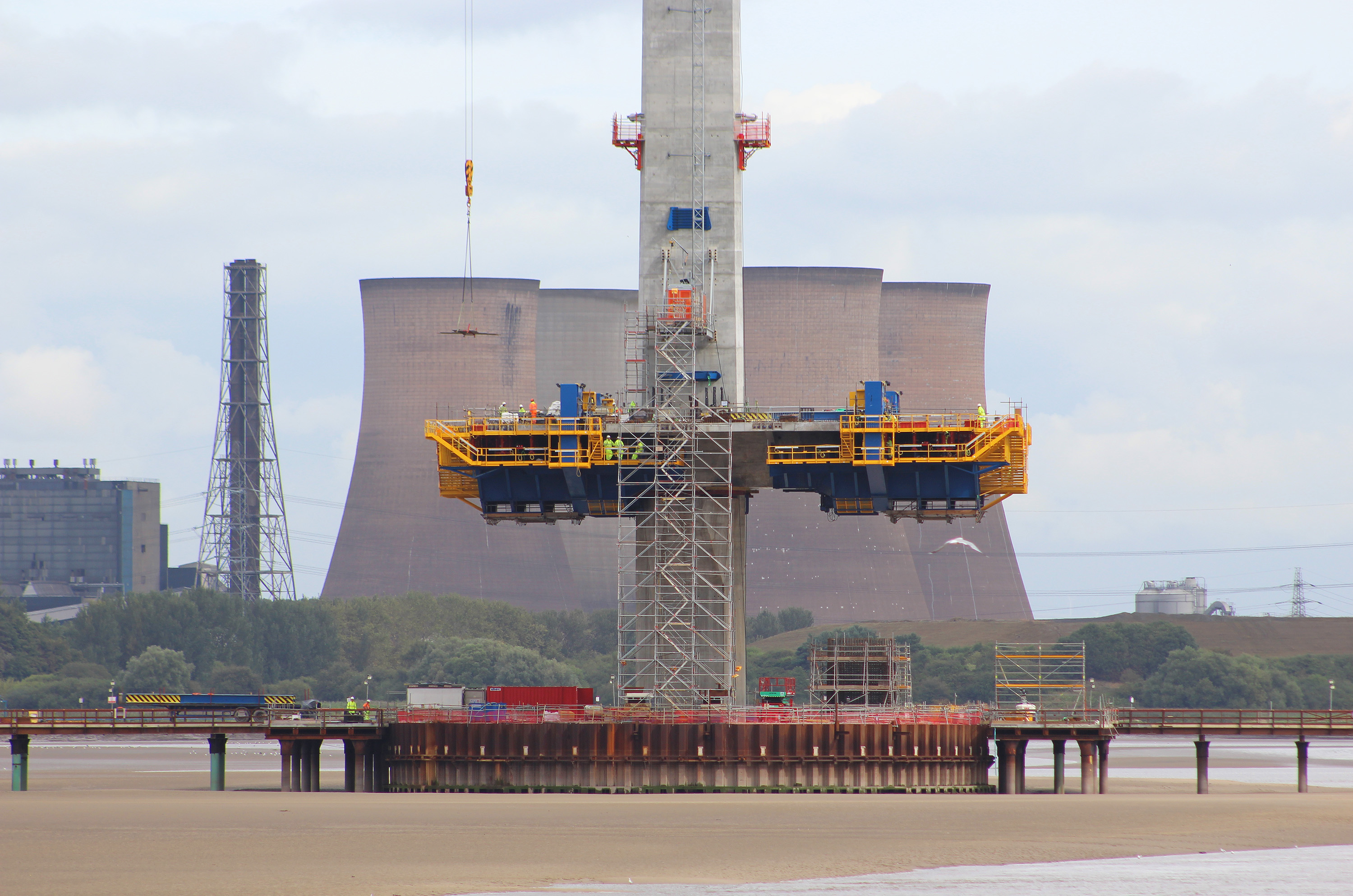 Two of the six giant bridge building machines have been launched enabling construction of the 1,000-metre long reinforced concrete bridge deck across the River Mersey to get underway.

The 270-tonne machines act as movable concrete moulds, operating in a similar way to the Movable Scaffold System, which is building the elevated approach viaducts.

The form travellers were assembled at the south pylon earlier this year before being lifted to their starting position around 25m above the riverbed.

Construction teams then cast a pier table – a rectangular shaped platform – around the bridge pylon before preparing to start work on the main bridge deck.

Merseylink’s Kyuyoung Choi, operations manager for the main crossing, said: “Each segment of the bridge deck is made in the same way. Reinforced steel is placed into the mould and we then pour around 130 cubic metres of concrete inside to create each segment.

“From the third segment onwards, we install the connection boxes, which are called ‘delta frames’, for the steel stay cables, which are then attached to the upper pylon. The form travellers, which are powered by a hydraulic system, then move forward on a set of rails to the next position and the process is repeated.

“The deck segments are cast simultaneously, which allows the bridge deck to ‘grow’ from either side of the pylons until it meets the connecting bridge deck and the structure is complete.”

Three pairs of form travellers are being used to build the bridge deck with each pair operating as a unit. The machines will be launched from the north pylon later this month and from the central pylon during October.

Work on the bridge deck is expected to finish in summer 2017. During this time the form travellers will have cast a total of 154 deck segments between them. Each segment of deck will be around 33m wide and 6m long and will take around a week to construct.

The north pylon will see 29 deck segments cast on one side and 27 on the other, while 17 will be cast from either side of the central pylon.

The new bridge is on schedule to open in autumn 2017.

Harrogate and Knaresborough leisure centre jobs get underway
22 hours ago

Work at the site, located 24 miles from Leeds city centre, is expected in September.
23 hours ago