The firm is expected to start building work early next year on the 100,000 sq ft academy, which will be built on a brown field site called Eagle Wharf next to Peckham’s award-winning library.

The part-three-four-and-five-storey building was designed by Carl Turner Architects. Inside, it will have a 200-seat main auditorium, 80-seat studio theatre and rooftop restaurant. 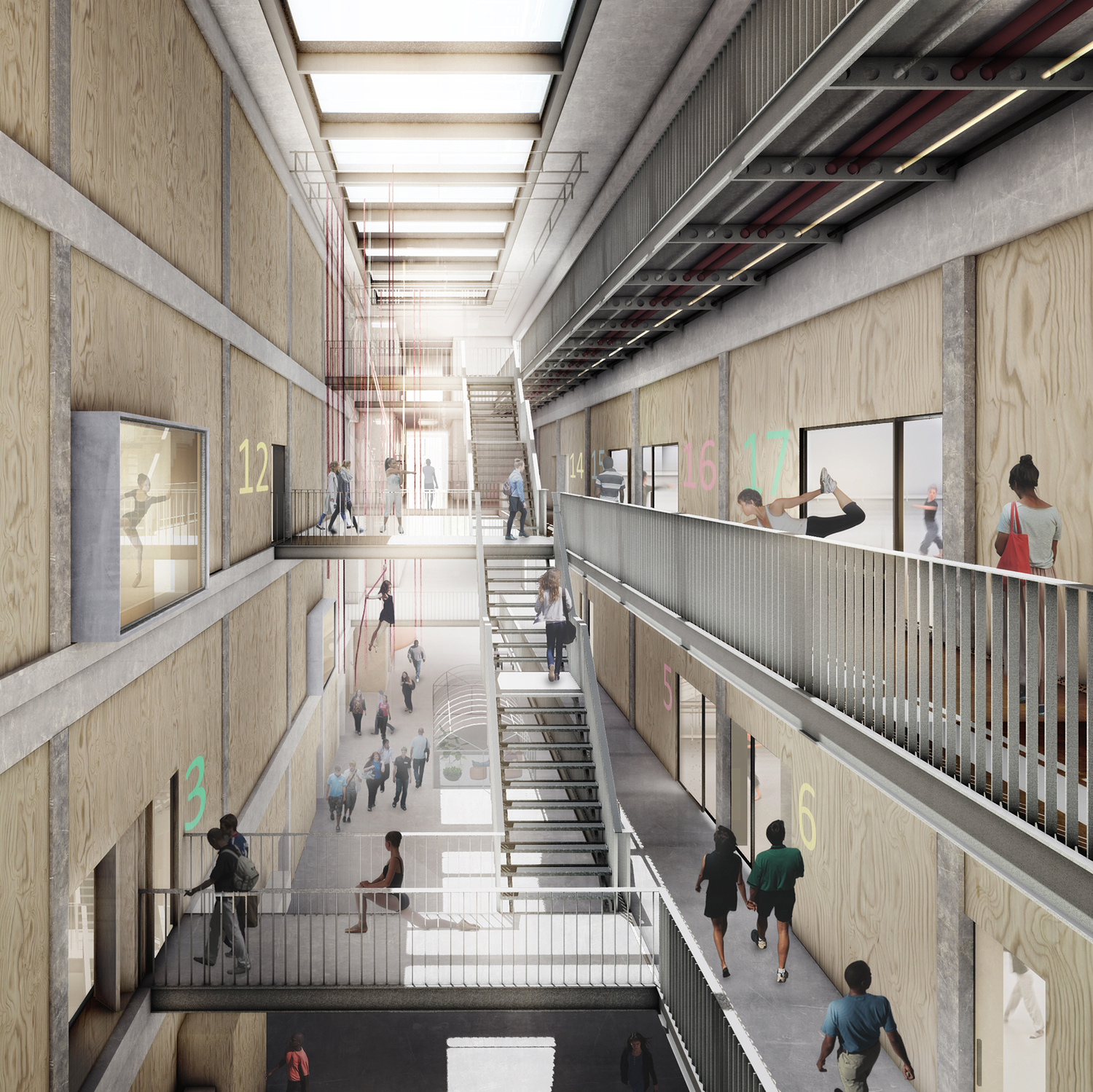 Proposed building materials include a golden-brown oxidized steel wrap around the theatre to complement the green copper-clad library.

Facades for the teaching block include brick and wood, reflecting the heritage of the site which was once a canal-side wood warehouse, providing materials to the local furniture making industry.

Harrogate and Knaresborough leisure centre jobs get underway
22 hours ago

Work at the site, located 24 miles from Leeds city centre, is expected in September.
23 hours ago