TfGM, which owns the Metrolink network, has developed plans for the Trafford Park line and will shortly appoint a contractor.

When operational in 2020/2021, the line will provide a major public transport boost for the area, offering fast, frequent transport links for thousands of workers.

The new Trafford Park line will branch off from the existing Pomona stop and call at six new tram stops, including Wharfside, near to Old Trafford football stadium, the Imperial War Museum, key business areas through the industrial park and visitor destinations such as Eventcity and the intu Trafford Centre.

Mayor of Greater Manchester, Tony Lloyd, welcomed the news, saying: “Today’s announcement is another big step forward for Greater Manchester. I’m delighted that our long held ambition to build a new Metrolink line through Trafford Park is now about to become a reality.”

“This new line will boost our economy and bring us closer to our goal of a world class transport system for Greater Manchester. I look forward to seeing the first shovel in the ground this winter.” 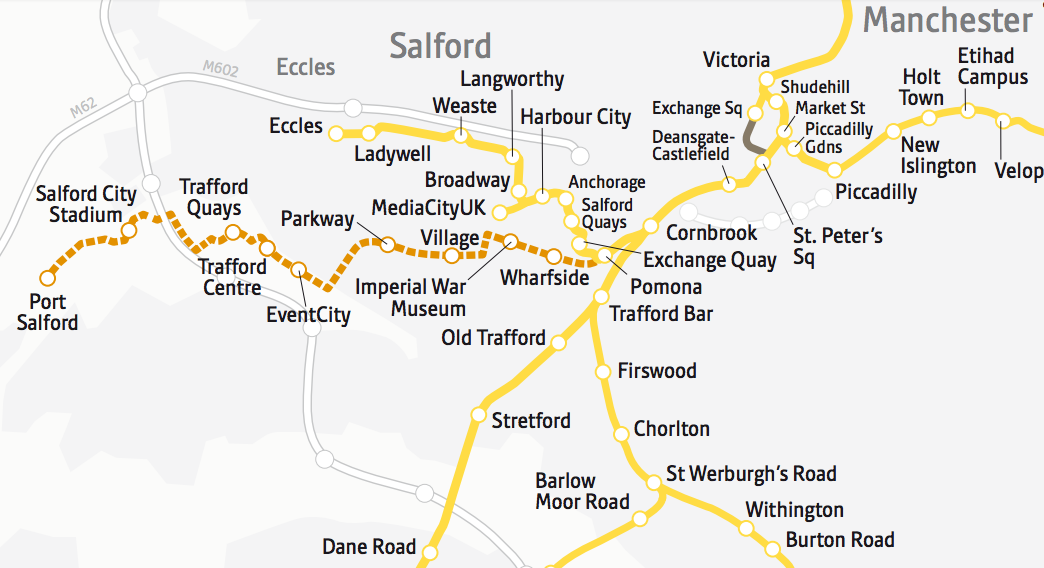 Network could grind to a halt next month
12 hours ago

Work at the site, located 24 miles from Leeds city centre, is expected in September.
6 days ago