The project forms part of the town’s £250m regeneration plan and will see around 200,000 sq ft of retail and leisure floor space for 24 units, including a new Marks & Spencer anchor store as well as a Next outlet.

Phase one will also include a six-screen cinema operated by Reel Cinemas while Phase two of the development will see extra commercial and office space, 100 flats and a hotel.

Rochdale Riverside is being delivered jointly by Genr8 Developments and Kajima in partnership with Rochdale Borough Council. 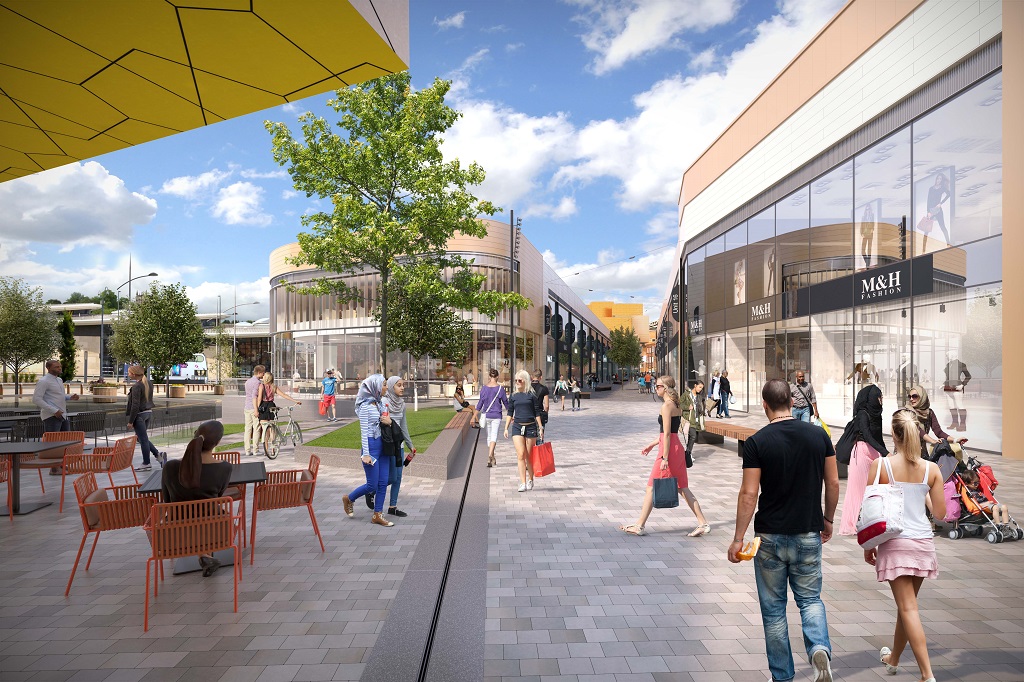 Rochdale Riverside will consist of 24 shops and leisure units ranging from 1,000 to 20,000 sq ft and a six-screen cinema operated by Reel Cinemas

John Francis director of urban planning consultant, DPP said: “Rochdale Riverside is an exciting project to work on and a vital part of the town’s regeneration.

“As well as working with Genr8 and the scheme’s designers TP Bennett Architects, DPP has provided strategic planning advice and support, including the preparation of an environmental statement.”

5,000 staff at Oxfordshire based firm to join WSP
51 mins ago

Plan for trio of towers at old Yorkshire Post site

Inflationary pressures likely to peak this year before easing in 2023, but supply chain stress is growing.
4 days ago

Devonshire Gardens will consist of 70 private rental flats and 120,000 sq ft of offices
4 days ago

Taylor Wimpey staff to get £1,000 towards fuel bills

All staff earning below £70,000 will receive a one-off payment
6 days ago