The University had appointed Lendlease to deliver the £100m-plus project to convert the former Royal Mail sorting office on Copperas Hill into a major new campus site.

But now the University has abandoned the present plans and will go back to the drawing board.

In an email to staff university Vice Chancellor Nigel Weatherill said that since December 2015 the estimated cost of the project had soared by 35% making the proposed refurbishment plan no longer a viable option.

A statement from LMJU said: “Liverpool John Moores University has announced it will be revising plans for the Copperas Hill development due to changes in the external environment which have resulted in significantly increased costs.

“The University has taken the decision to consider new design proposals for the site after deciding that the additional funds needed for the major refurbishment of the Royal Mail building would have a significant impact on the student experience, and would affect plans for redevelopment elsewhere on the LJMU estate.

“The University remains committed to the Copperas Hill site being a major catalyst development for students and the City of Liverpool and will propose new plans for the site early in the New Year.” 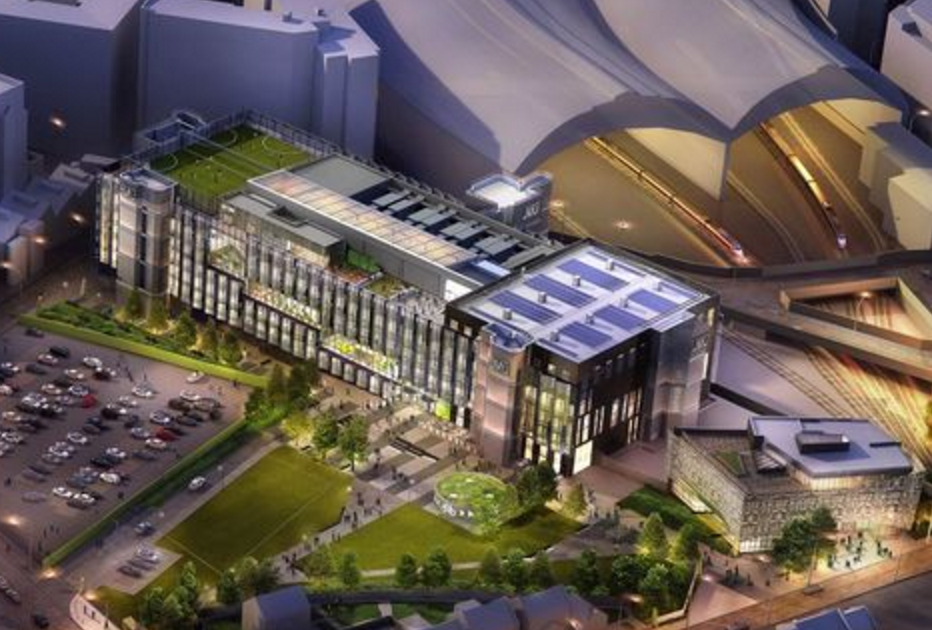 The gateway scheme next to Lime Street train station was planned to bring together the University’s Mount Pleasant and Byrom Street campuses.

Lendlease was already on site undertaking enabling works. Presently spread over five floors, the new building was to have been expanded to include two mezzanine floors and use of the roof for sports and recreation. This would have increased the floor area from the existing 280,000 sq ft to 355,000 sq.ft.

Construction of a 1,300 space multi-storey car park to clear way for large-scale development
3 days ago