TfL plans to improve the commercial and retail units of the station and refurbish the four storey buildings at 20-34 Thurloe Street.

The plans also include the potential to build an extra storey on the distinctive Bullnose building and create new opportunities along TfL’s stretch of land on Pelham Street.

The site also includes the main station entrances through the Grade II listed shopping arcade, which will be restored to its original state, and a second entrance via a Grade II listed pedestrian subway.

This should release vital funds to provide step-free access to the District and Circle line via a new station entrance on Thurloe Street.

TfL is aiming to identify a partner later this year. 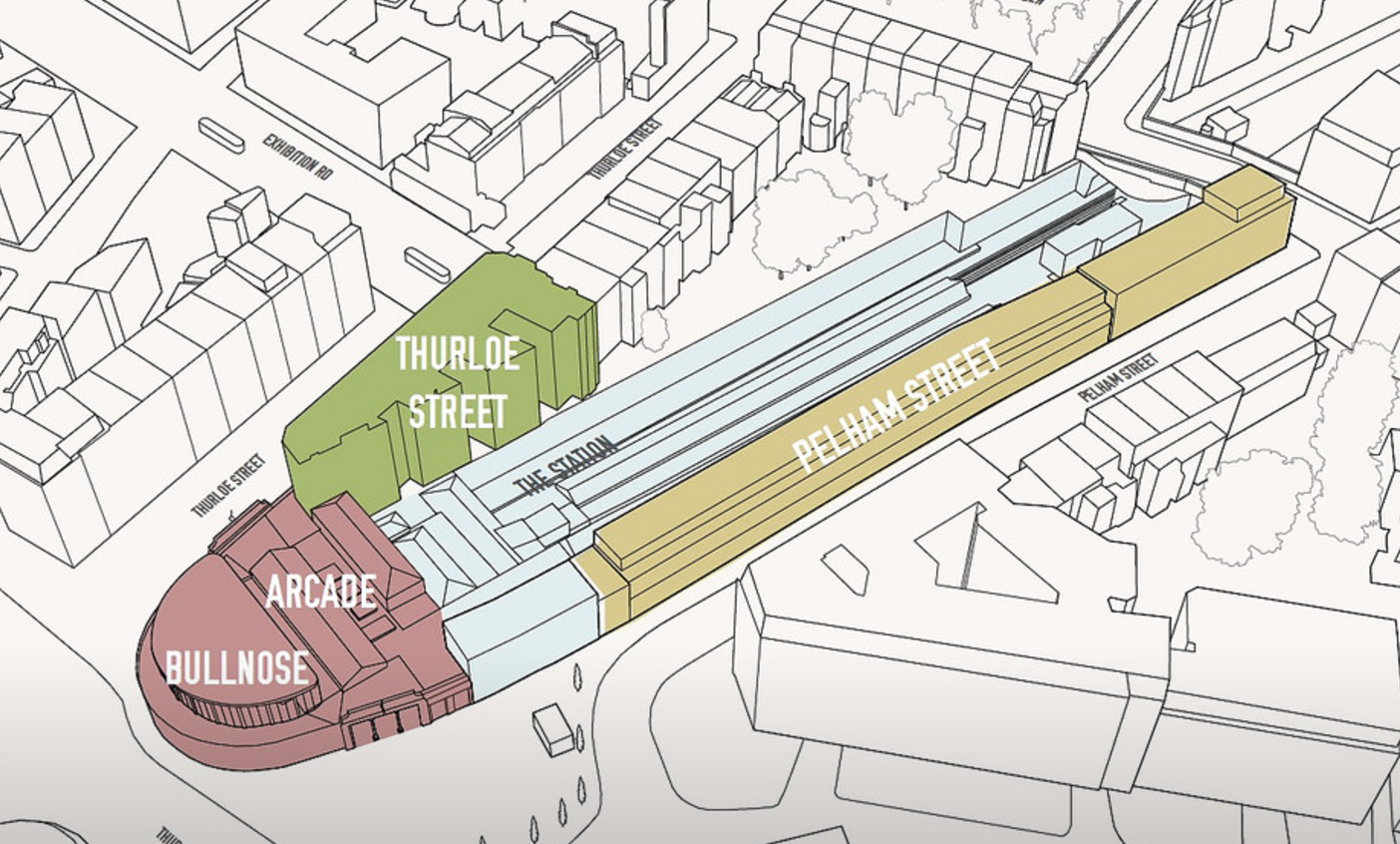 Subject to planning, the development including step-free access to the District and Circle line and the pedestrian subway could be complete in 2022.

Separately, TfL is continuing to progress plans to rebuild a disused platform for eastbound District and Circle line services.

The ticket hall and gate line will be expanded and a new emergency exit to the road bridge leading onto Thurloe Square bridge will be opened. Subject to planning permission, works could start early next year.

Graeme Craig, Director of Commercial Development Director at Transport for London said: “We want to find a long-term partner with whom we can work to create a station that reflects its historic legacy and unique setting, while generating vital revenue to reinvest in transport and provide step-free access for millions of journeys.”