The steel and concrete bridge deck weighing 4,750 tonnes was inched across the Wear and now connects Pallion to the south and Castletown to the north.

In February engineers successfully lifted the 1,550 tonnes A-frame centrepiece from a barge after it was sailed from a Belgian prefabrication yard.

Already the project is being hailed as a landmark in the use of off-site construction for bridge building. 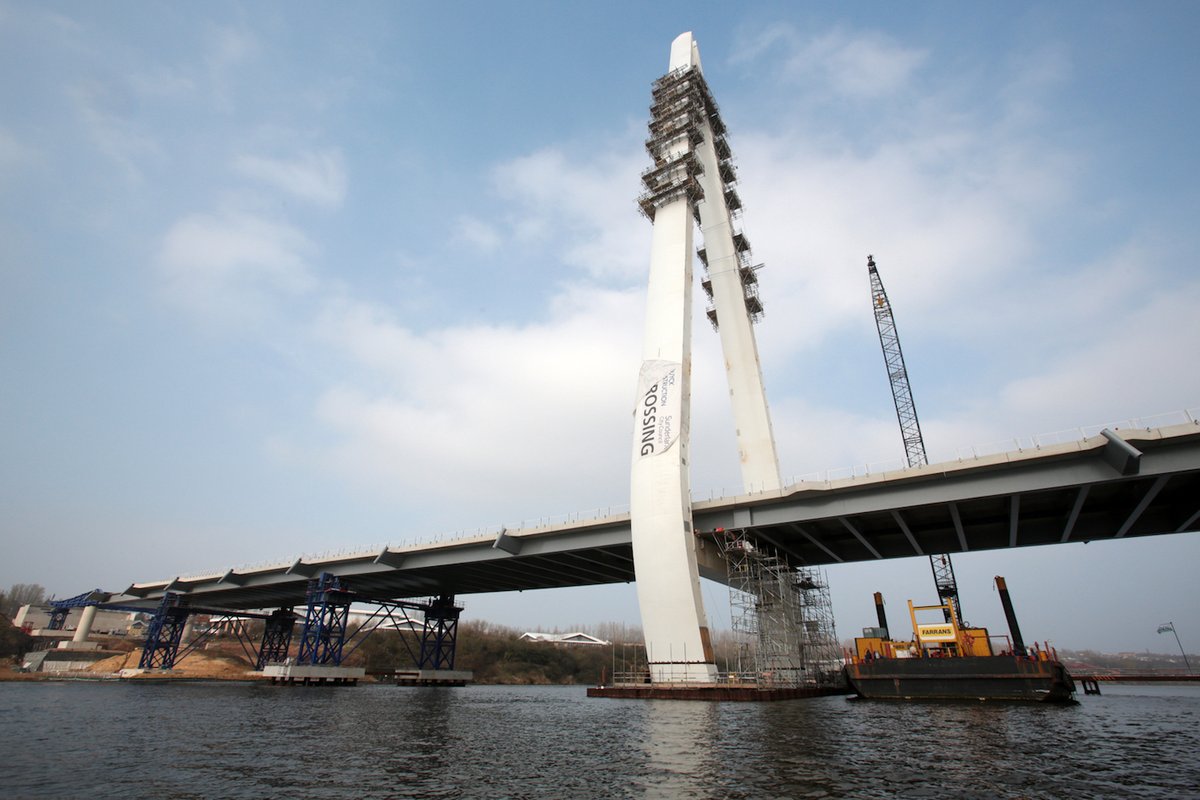 The final 40m of bridge deck will be constructed on the north side of the river and the cable stays will be fitted to the pylon and then attached to the deck.

The cables will be gradually stressed to take the weight of the bridge deck before the temporary supports holding the deck are removed.

Stephen McCaffrey, Project Director for FVB Joint Venture, said: “It was a substantial structure to move across the river, so it was a very slow and steady operation.

“The positioning of the deck throughout was crucial as it had to be navigated through the middle of the pylon and then onto each of the temporary supports built in the river to support it.

“We had a team of people guiding it across and scrutinising its progress, as it was planned to the millimetre, but it went as expected, so we are very happy.”

The bridge is on track to be complete in the spring of 2018.

Development joint venture will see at least 2,800 homes built across the county
13 hours ago