The five-storey v-shaped building would replace the current ticket office and club superstore, providing around 200 rooms at the London Road site outside the main stand of Celtic Park and close to the Emirates Arena.

The Scottish Premiership champions hope to get the green light in the autumn for the museum and improved shop/ticketing facilities.

Previous plans for a £44m hotel development on a site facing Celtic park were shelved in 2013.

A statement submitted with the new plans said: “The proposed development will result in the creation of some 100 to 120 permanent full and part-time jobs and will contribute positively to the regeneration of the Clyde Gateway area.” 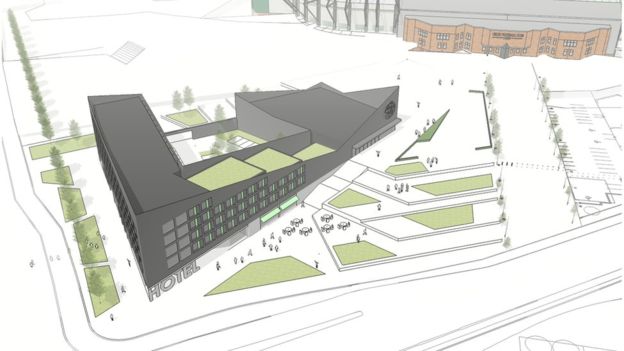 Galliford Try returns to profit with margin at 2%

Plans in for Lancashire 1,700 inmate prison

Redrow happy for staff to keep working from home

BAM Nuttall chief to exit after 16 months in role

New British Offsite business has capacity to delivery 4,000 homes a year
4 days ago

Regional firms come together to tackle crisis
4 days ago