The masterplan sets out a framework for a new leisure quarter at Forge Island, including a new cinema, hotel, food and drink and potentially a theatre.

Under the present plan, the core area plans will be taken forward by the council with a development partner after a open tender process.

A new landmark bridge would also be built to better connect the island to the main town centre.

The masterplan was developed by WYG Group and Lambert Smith Hampton, who have spent the last nine months consulting with local businesses and organisations to produce the plans.

Project director Andrew Clarke said the plans have already attracted the attention of a number of developers and investors.

“Our challenge now is to translate that interest into built development on the ground and to do so quickly. Rotherham town centre requires transformational change and the masterplan will deliver this through a partnership of the Council and the private sector,” he added. 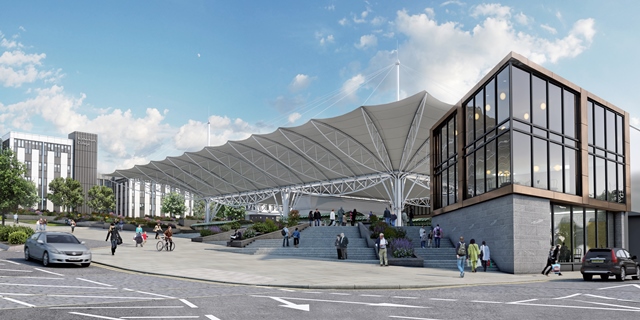 Rotherham outdoor market will also be opened up with a new stepped entrance and space for a new community advice hub.

Denise Lelliott, councillor for the Local Economy, said: “The masterplan contains a series of proposals and plans, which brings to life how the town is moving forwards, utilising its river and canal, its open spaces and its feature buildings. At the heart of the plan is to create a much-improved visitor experience with more to do and to see.”