Subject to the mandatory standstill period, design work will start on the project next month.

Scottish cabinet secretary for Economy, Keith Brown said: “We are fully committed to dualling the A96, some 86 miles of upgraded road between Inverness and Aberdeen, by 2030.

“The fact that four tenderers, including joint ventures, competed for this major contract is evidence of the interest in the market engendered by the infrastructure improvements this Government is delivering across the country including in the north.

“This major design contract marks a further milestone towards the dualling of the A96 with all the investment and improvements that it will bring to local economies right across the north of Scotland.”

He added: “We are at the same time progressing the design work for the Inverness to Nairn  – including Nairn Bypass – and also the western section of the route between Hardmuir and Fochabers, having recently let locals and road users see and comment on the options being taken forward for the western section with a view to identifying a preferred route option next year.” 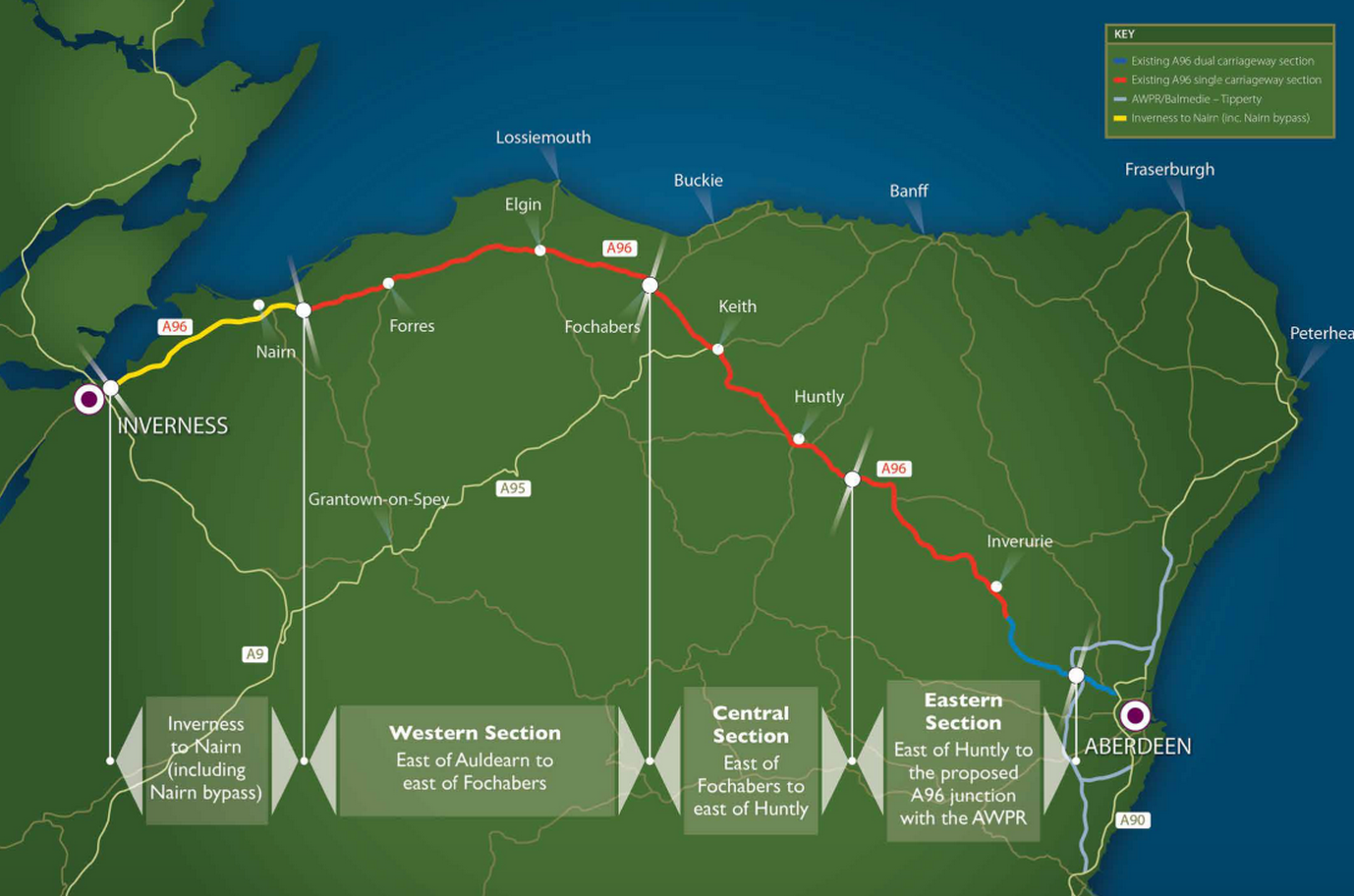