The 150,000 sq ft Hawkins Brown designed landmark project is being developed by the university in partnership with property group Downing Construction.

It will involve construction of an eight storey building with deep basement performance and studio space to house facilities for the departments of Music, The Northern Film School, Performing Arts and Fashion.

Work on the building project is scheduled to start before the end of the year. 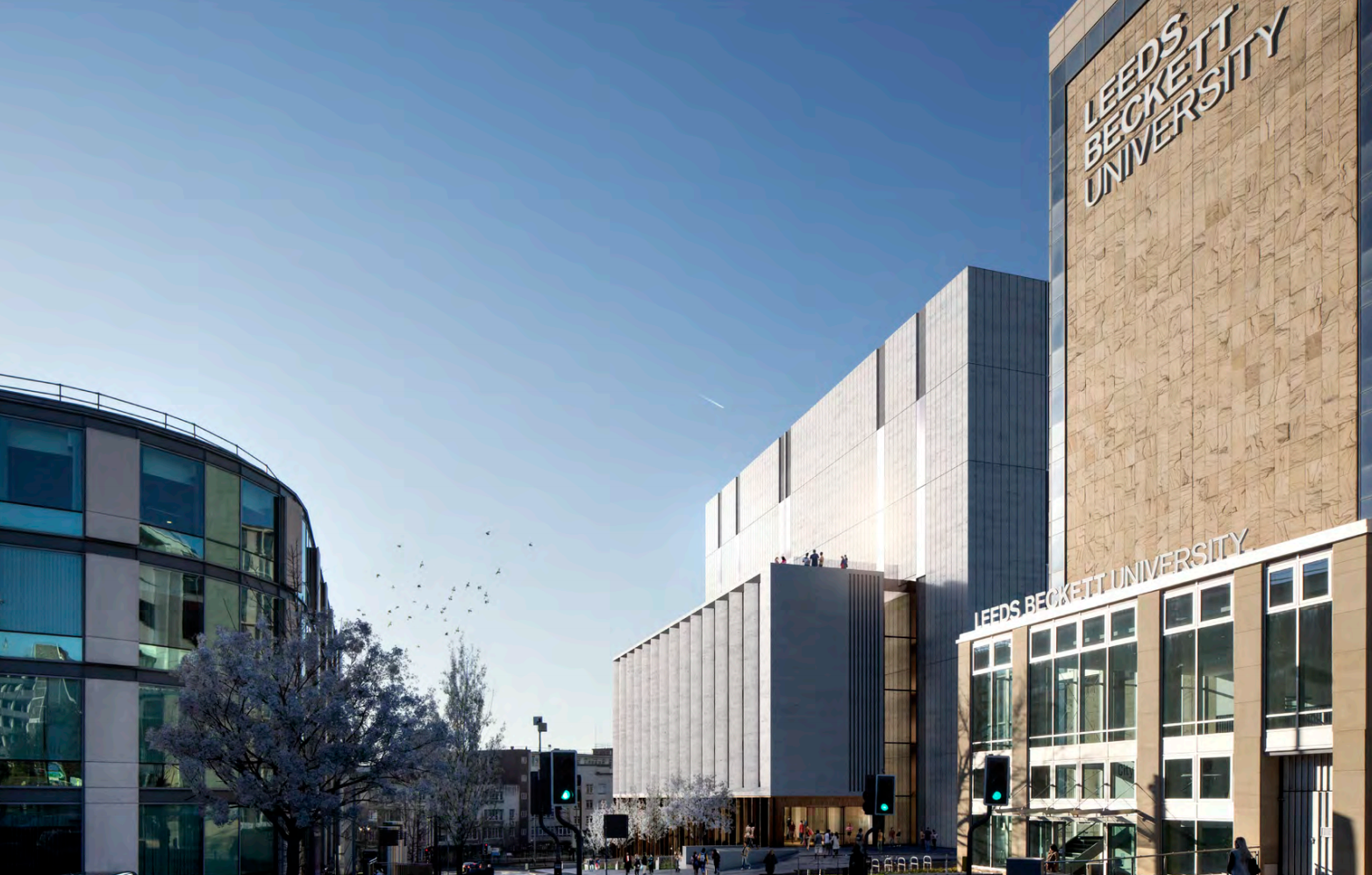 The entrance foyer is designed as an open space, accommodating a 4.5m level change across the site with a feature staircase that connects the publicly accessible areas of the building.

An atrium that rises up to the fifth floor is animated by projecting social learning spaces, writing sheds and conversation dens. The lower floors of the building house the theatre, triple height TV studio and a cinema.

The proposed building forms a major part of the University’s £200m campus development plan, which will be delivered over the next five years.