There are now nearly 96,000 build-to-rent homes complete, under construction and in planning, a near 40% jump on the figures for first quarter of this year.

According to research by Savills for the British Property Federation, London leads the expansion with Manchester, Leeds, Liverpool and Birmingham catching up fast.

Taken together the regional cities also now account for a larger pipeline than the Capital, where private rental schemes first took off.

Contractors are also directly joining in the race to supply private rented housing with 19% of planned rooms directly developed by building firms.

Researchers also found the size of build-to-rent schemes is growing, with 34 developments currently in the pipeline providing over 500 new rented homes each – compared to 24 developments at the start of the year.

Ian Fletcher, Director of Real Estate Policy, British Property Federation said that at a time when both central government and the Mayor of London are focused on fixing the UK’s broken housing market, the data shows the build-to-rent sector’s capacity to deliver new homes at speed.

When looking only at the number of build-to-rent homes just under construction and in planning, the rate of growth soars to 45% since the Spring, risen from 54,500 to 79,000. 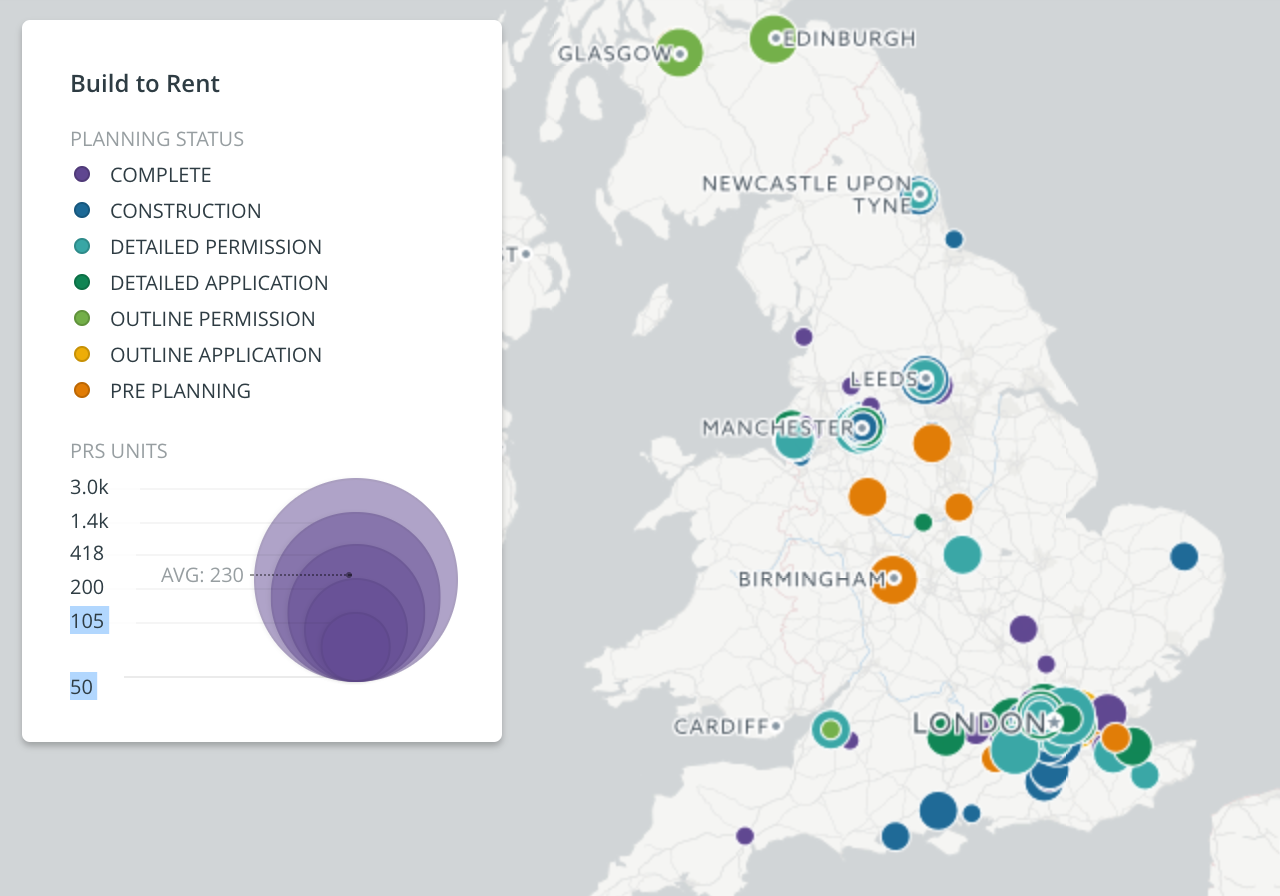 With 54,978 homes complete, under construction and in planning, London boasts the highest volume of build-to-rent.

The region are making more progress in green lighting schemes with 12,316 build-to-rent homes currently under construction – compared to 11,696 in London.

Fletcher said: “Correcting the supply-demand imbalance in the UK is fundamental to addressing the housing crisis, and we have demonstrated that build-to-rent has much to offer.

“We are pleased by the Mayor of London’s continued support of the sector and his recognition of its capacity to deliver much-needed homes.

“We look forward to the government’s formal response to the national Housing White Paper, which formally recognised Build-to-Rent in the National Planning Policy Framework. We need all housing tenures to be fully supported by the right policy framework if we are going to reverse the damage caused by years of undersupply.”