The main UK construction company cut administration costs to lift pre-tax profit from £700,000 to £20m in the year to June 2017.

John Clark, finance chief for Lendlease Construction Europe, said that the decision to pursue a strategy of selective bidding together with tight control of operational costs had led to an improvement in gross profit margin.

Revenue edged up 5% from last year to £636m as the business employed a strategy of selective bidding, outside of working for the Lendlease property business.

But Lendlease Construction (Scotland) struggled during the year with losses widening from £1.2m in 2016 to £6m this year.

In a challenging year for the firm’s Scottish operation revenue slumped from £46m to £18m with staff numbers cut by nearly half to 42.

Lendlease said it still remained committed to the Scottish market and was looking at several opportunities.

Clark said the construction group as a whole remained confident about the year ahead despite uncertainty regarding Brexit.

Lendlease Construction is presently delivering major London schemes for its development arm including The International Quarter London, The Timberyard Deptford and Elelphant Park at the Elephant and Castle.

This workload saw staff head count rise to around 750 at year end.

“Client sentiment remains mixed in relation to the future post-Brexit and there is significant uncertainty with forecasts predicting a slowdown in growth to remain for the medium term.

“Despite this, the company enters into the new financial year with a strong external pipeline, which is supported by the opportunities provided by the development business and large-scale developments under negotiation.” 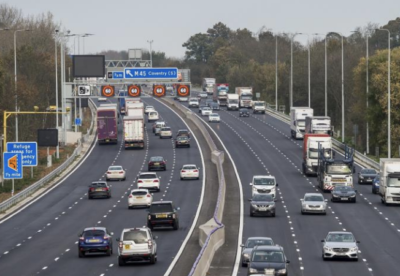 Sites in Redbridge, Ipswich and Milton Keynes to be developed
24 hours ago