Presently, Sir Robert McAlpine is working on the first phase of developer Nikal’s Exchange Square in Birmingham City Centre, which  consists of three buildings, including a 27 storey tower. 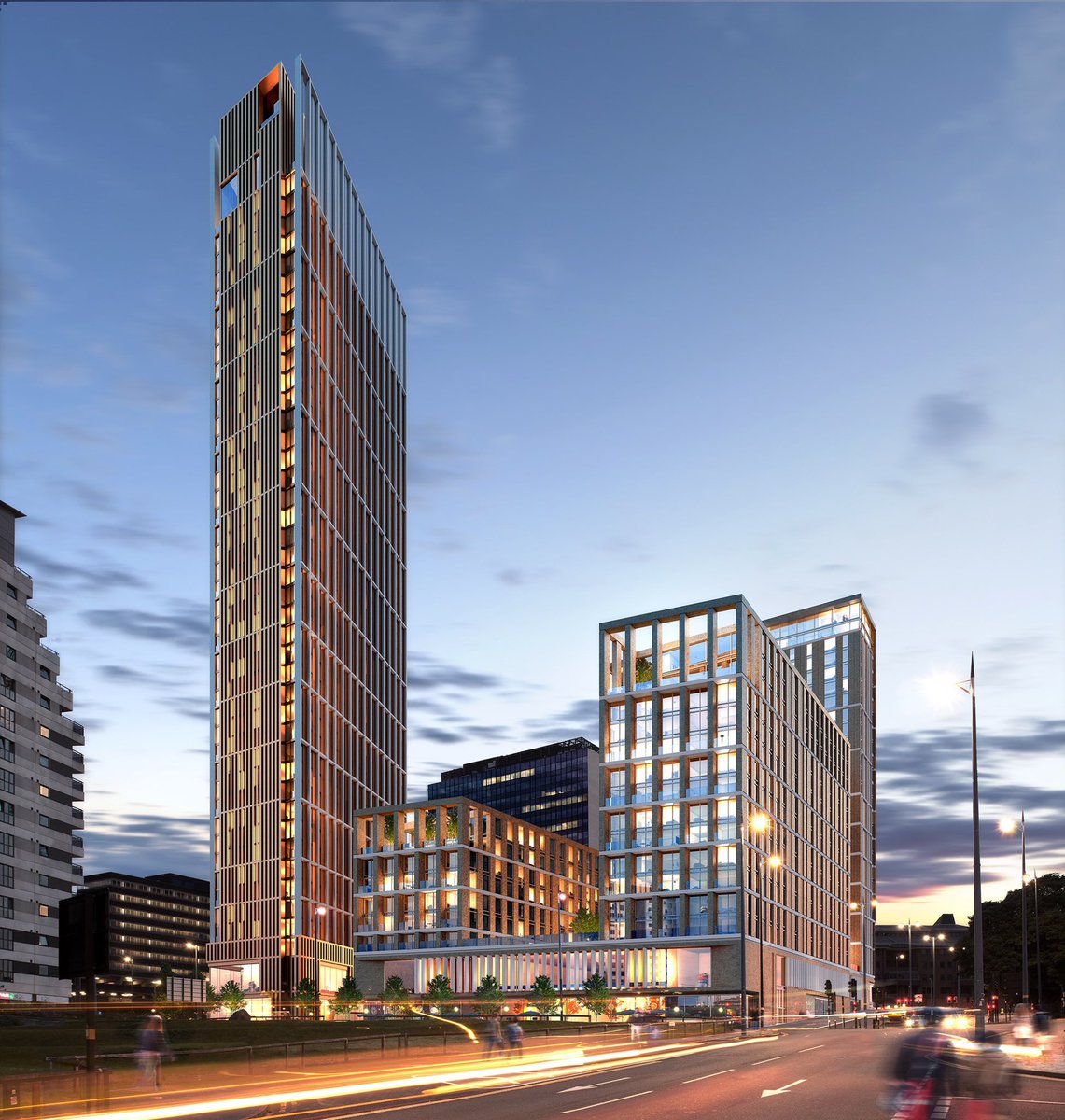 The Manchester-based developer presently has planning for 223 apartments in the second phase, including a 14-storey building, but now wants to raise this to 565 homes across a part 7-storey, part 46-storey tower.

Nikal is currently working on the new proposal for the landmark building which, if presented for planning and approved, would be Birmingham’s’ tallest residential building.

The firm will be finalising it’s proposals, which will include a rooftop sky lounge and garden for residents, for planning over the next few months.

Managing director Nick Payne, said: “Our thinking around the revised proposals for Phase 2 Exchange Square are inspired by a desire to produce a truly landmark building that will announce to those travelling by HS2 that they have arrived in ‘Britain’s Second City’.

“With our site lying adjacent to Birmingham Curzon HS2, it’s the perfect opportunity to respond with a dramatic and architecturally stunning structure that will eclipse the tall buildings that are already being produced in other major cities, such as Manchester.

“We also want to produce a scheme that will complement the three residential towers under construction as part of the new urban village at Phase 1 Exchange Square, the tallest of which is 27-storeys.

“The Birmingham skyline is undergoing an exciting transformation and we feel its ready to accommodate statement structures that flagpost this progress,” he added.