Output plunged 1.4% in the three-months to October confiming more than six-months of slowdown in the industry. 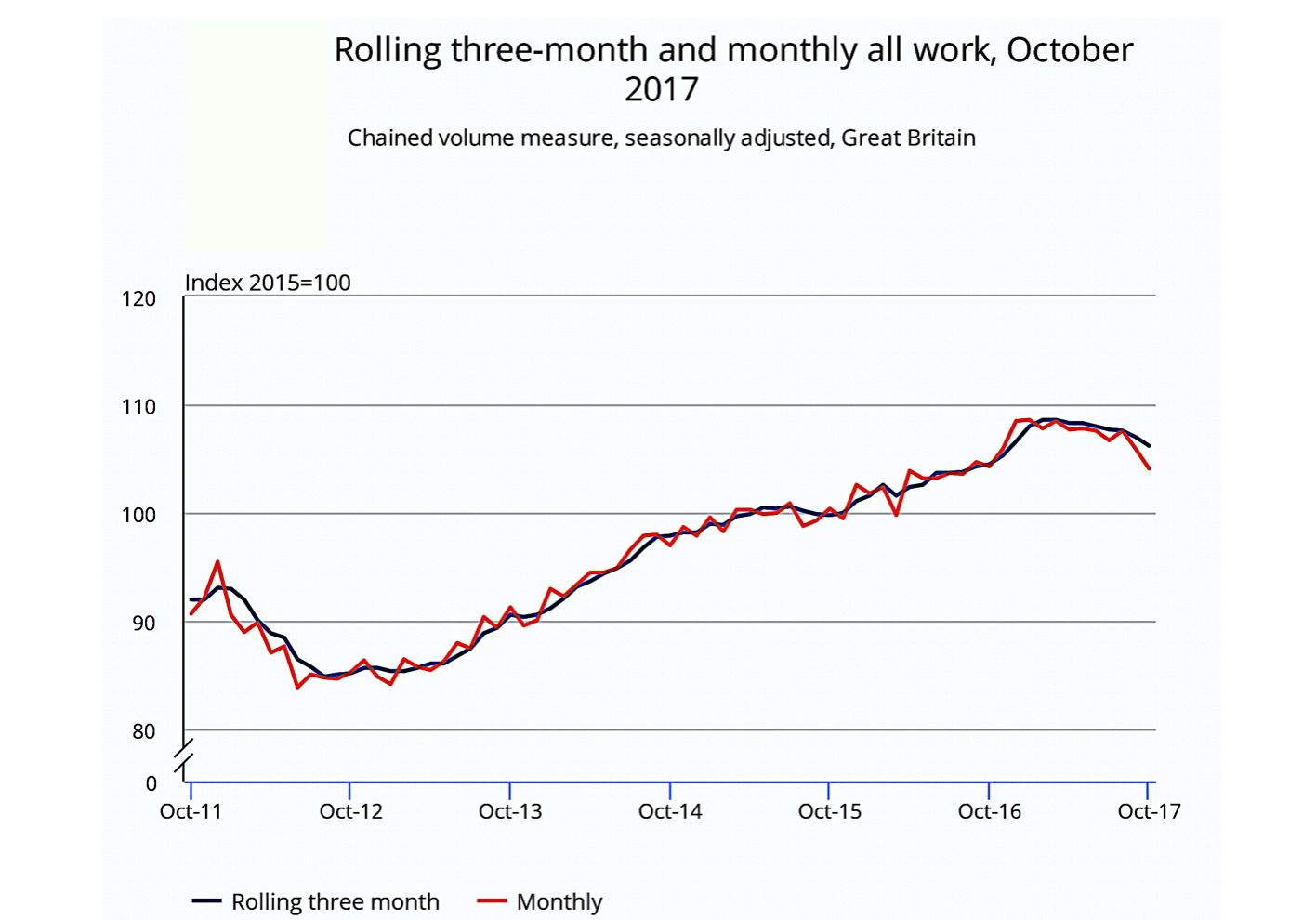 But the forward-looking orders figures suggest the gloom will soon lift as they soared by a record 37% in the third quarter, driven by HS2 main contract awards.

This exceeded the previous quarterly record rise of 32% back in 1987, when new orders were placed for the construction of the Channel Tunnel.

Even excluding the infrastructure spike, orders grew by 4.1%, led by all new housing orders, which bounced back from the 4.2% contraction in April to June with a near 10% jump in the third quarter 2017.

The drop in the output figures was led by sharp falls in commercial activity and housing refurbishment and maintenance, while new housing and industrial work still recorded some growth. 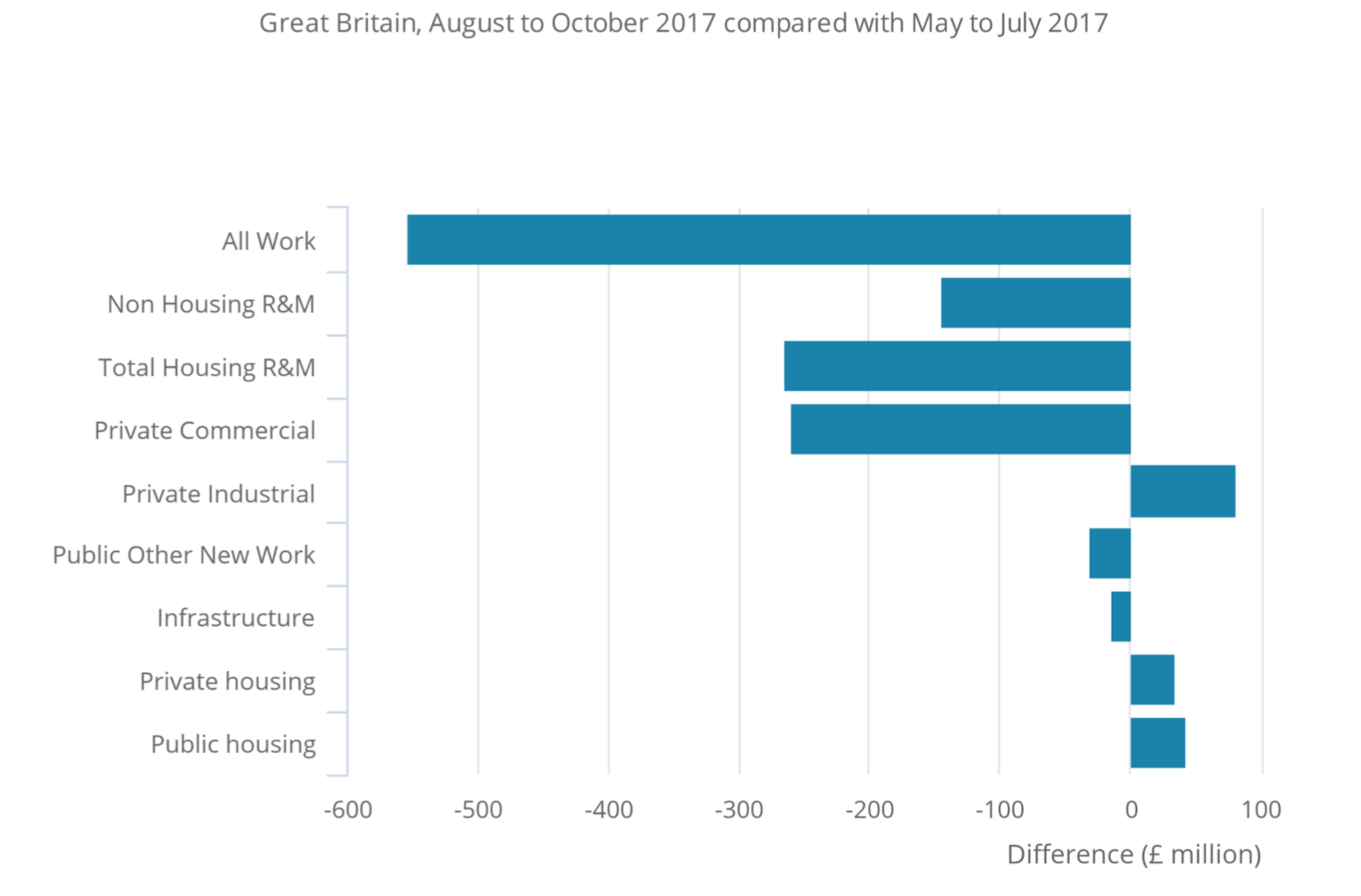