Once the design revamp is accepted by planners, the university will rebid the project, after calling everything off with Wates at the pre-construction phase just two month ago.

The new design aims to keep as much heritage as possible. The iconic clock tower building will be restored and a new building wrapped around it.

The 85,000 sq ft build will use a mix of pre-cast white concrete, bronze metal cladding and glazing.

A saw-tooth roof will echo the historic industrial buildings that stood on the site and there will also be a feature translucent light-box, which mimics the former Springfield water tower tank that was destroyed in a previous fire. 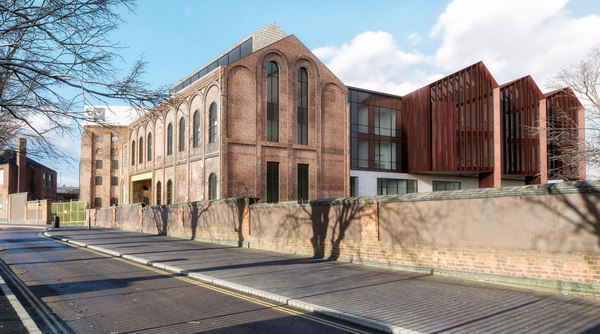 When completed, it will provide space for nearly 1,100 existing students and 65 staff, with the number of students projected to grow over time to more than 1,500.

It will also house a brownfield research centre.

Deputy Vice-Chancellor Jackie Dunne, who is the University’s project lead for Springfield, said: “This is the biggest and final part of the first phase of Springfield’s redevelopment and one of the biggest capital projects we have ever undertaken.

“Once complete it will offer an unrivalled built environment hub and centre of excellence which will be among the biggest and best in Europe.”

The plans for the School of Architecture form the largest part of the first phase of the £100m redevelopment of the site to create the Springfield Campus.

The aim is that it will still be delivered in the 2019-20 academic year as planned. 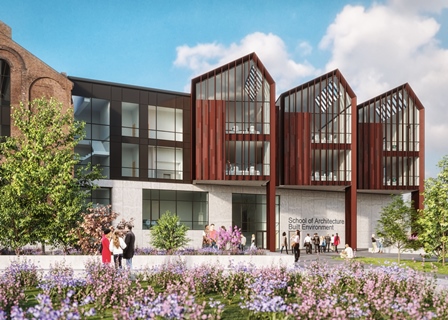 It will join the West Midlands University Technical College, which opened in January 2017, and the Elite Centre for Manufacturing Skills Hub, which will open this year.

The scheme is being project managed by Rider Levett Bucknall.

The design team is also made up of conservation advisors Rodney Melville & Partners, mechanical and engineering by Couch Perry Wilkes, quantity surveying by Faithful and Gould and structural and civils engineer Atkins, which will also provide landscape architecture.