At the front of the grid to start work next week is Vinci Construction’s £104m  junction 10 project on the M20 in Kent.

This involves construction of junction 10a, near Ashford, to unlock job-creating developments.

Final preparations are nearly complete allowing work to start on setting up a site compound ahead of a main construction start in the spring.

Between now and June this year, work will also start on three smart motorway upgrades in Kent, the Solent and on the M23 near Gatwick.

Together valued at over £550m, the projects will add around 65 miles of new lanes, increasing capacity by a third, and introducing new technology to tackle congestion and keep drivers informed.

Kier is now going solo on two smart motorway schemes after Carillion’s collapse, both expected to start in April.

These are the upgrade of an 11-mile stretch of the M23 near Gatwick Airport, between junction 8 near Merstham and junction 10 at Copthorne, worth around £160m and the M20 scheme between junction 3-5, worth £90m

The BAM Nuttall/Morgan Sindall joint venture is expected to start work in June on the 15-mile M27 smart motorway scheme from junction 4 (M3 Interchange) to junction 11 (Fareham). The value of the project is around £244m 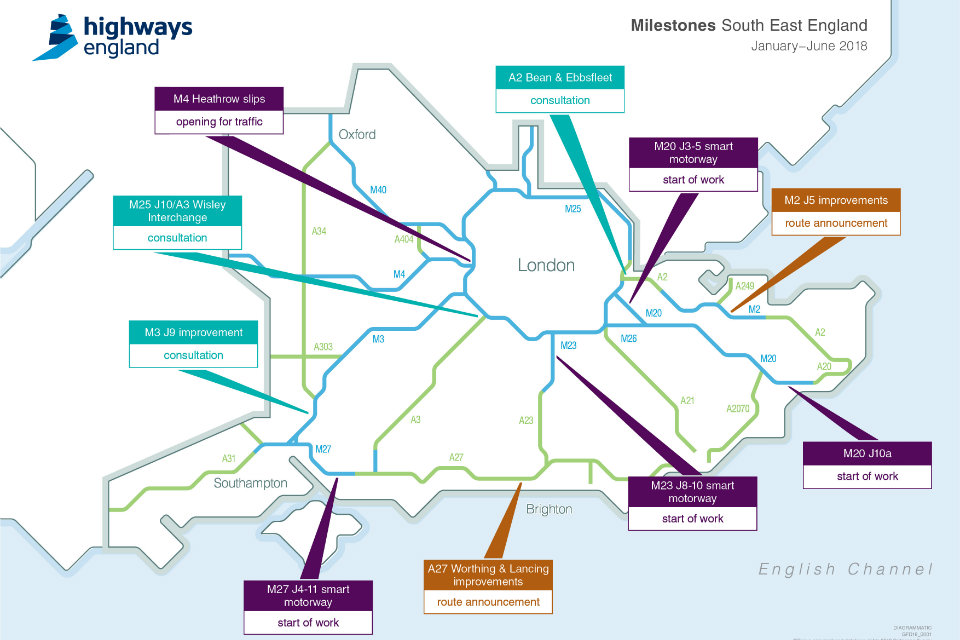 Four other upgrades across the region will hit crucial points – including public consultations that will help shape the proposals, and route announcements.

A consultation on improving junction 9 of the M3 near Winchester launched in January. And today consultation begins into major improvements of the M25’s interchange with the A3 near Wisley in Surrey.