The latest official Government figures for the three-month on three month period to January show output has slipped again making it the ninth consecutive period after a brief monthly peak in March last year. 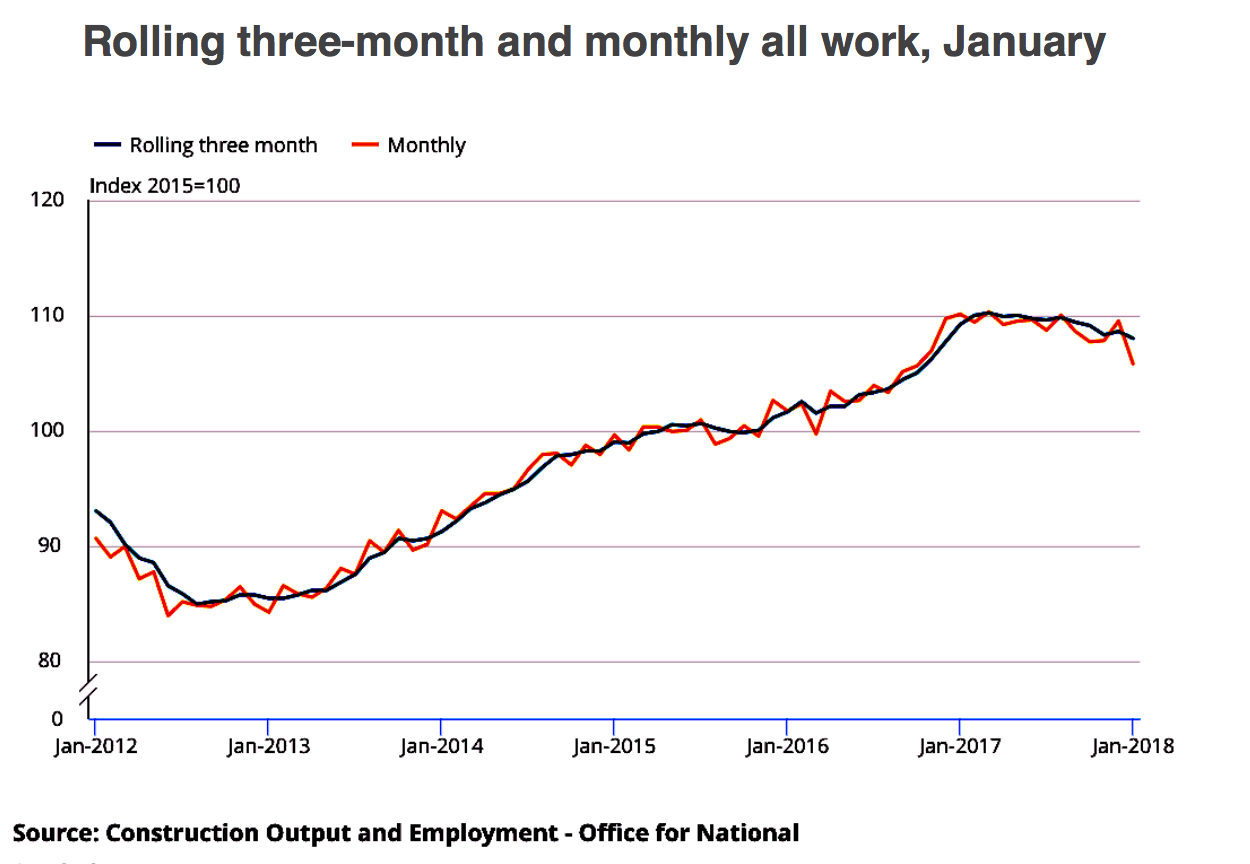 Forward indicators for orders in the fourth quarter of 2017 were also down after the spike caused by HS2 work in the third quarter of last year. Although across the year as a whole total new orders were up by 4.3% in 2017, reaching the highest total since 2008, at £55.1bn.

The latest three-month on three-month construction output fall was driven predominantly by the continued decline in private commercial work, which fell by 4.1% in January 2018. Private housing and infrastructure growth failed to offset this decline and a fall across housing and non housing refurbishment and maintenance. 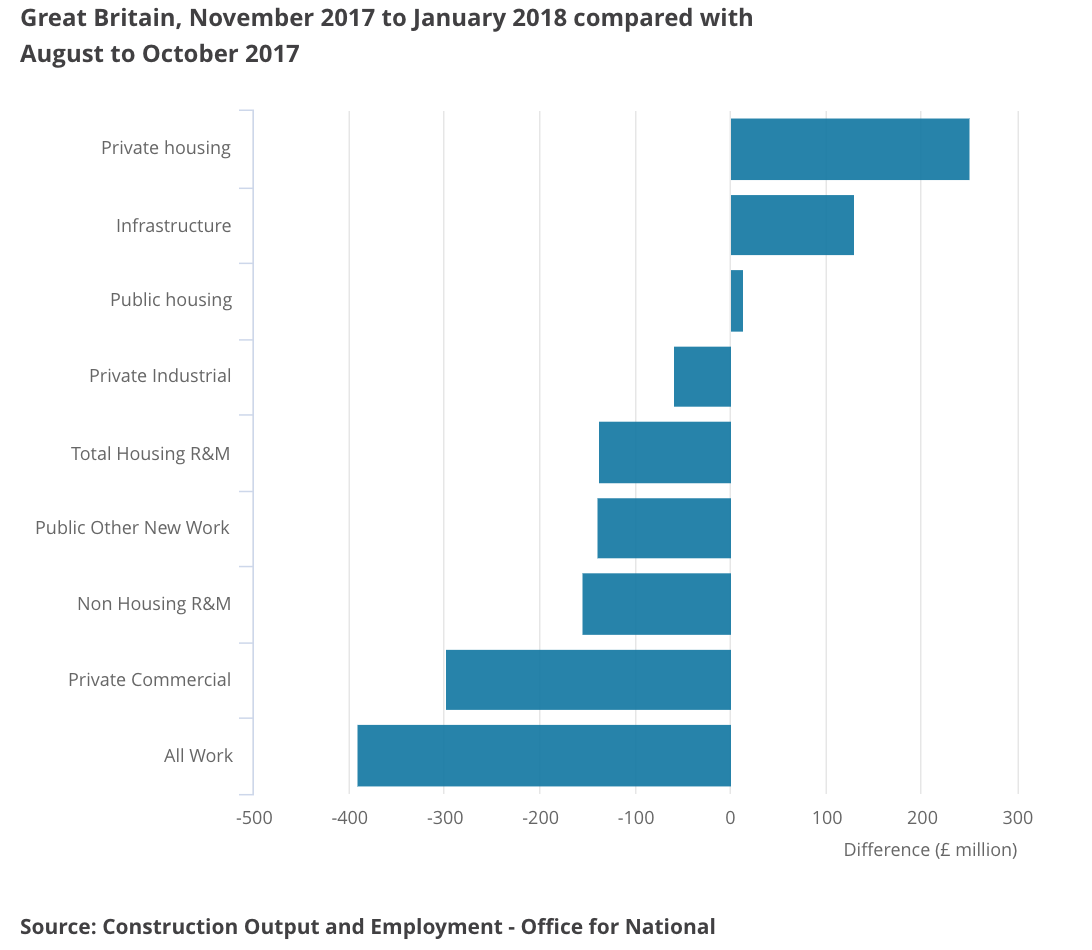 Blane Perrotton, managing director of the national property consultancy and surveyors Naismiths, said: “The headline figures have moved from glacial to grim. Such a sustained slowdown can no longer be dismissed as a blip.

House builders continue to buck the downward trend but the extra £250m added to the economy by the private housing sector in the last quarter was swamped by the declines in other sectors – with commercial property construction alone contracting by £300m.

“2017 saw the highest yearly total of new orders since 2008, but the market’s cautious start to 2018 shows that those two most essential of commodities for developers – confidence and certainty – are now in increasingly short supply.

“And as long as the Brexit melodrama continues, the pattern of intermittent growth and slowdown is likely to hamper the industry’s progress.”